Chrome developers have given the first glimpse of the ‘Metro’ interface that the browser will use in Windows 8.

Along with updated window ‘chrome’ (the technical term for space around the main part of the application) and icons, the browser will also support Windows 8 ‘Charms’ (small options sidebar) and ‘Snap States’ (a thin, but useable, version of the window) initially. 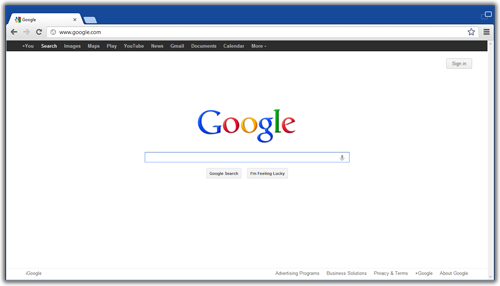 “Over the next few months, we’ll be smoothing out the UI on Metro and improving touch support,” Chrome developers write, “So please feel free to file bugs. We’re committed to bringing the speed, simplicity, and security of Chrome into Windows 8, and we look forward to working with you on it.”

‘Chrometro’ (as we’re dubbing it around these parts) will be introduced in the next release of Chrome on the Dev channel. The interface will also only work when set as the default in the Windows 8 Preview Release (and not the Candidate Release).

Windows 8 itself is expected to arrive by the end of the year.