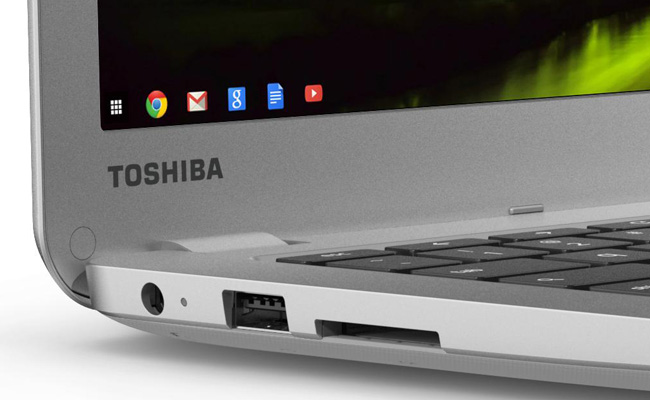 It’s inarguably the standout device of this year’s crop of Chrome portables thanks, in part, to the decision to offer the Intel Bay Trail-based notebook with a gorgeous 13.3-inch IPS display at a resolution of 1920 × 1080.

But maybe you know someone who is not convinced. No worries. We scoured our mailbag, probed the Q&A section of Amazon and stayed steadfast browsing Reddit to collate and answer the most common queries folks have about the Toshiba Chromebook 2.

Is the IPS Full-HD Version Worth It?

Once you’ve seen Chrome OS on an IPS display it will look lifeless and muted on anything else.

The ‘S’ in IPS should stand for ‘superior’. Once you’ve seen Chrome OS on an IPS display it looks lifeless and dull on anything less. Colours pop, text looks crisp, and viewing angles are fantastic.

Aside from a bump in overall visual quality the IPS model uses a full-HD resolution of 1920 x 1080. This won’t be to everyone’s tastes. Text, buttons and other items on screen do look a fair bit smaller. If your eyesight isn’t the best you may find yourself zooming in or manually switching to a lower resolution so you’re not constantly squinting.

Is it more powerful than the older Toshiba Chromebook?

Does the Toshiba Chromebook 2 perform great? Sure does! And if you opt for the 4GB RAM model it flies. But in terms of raw performance, the second-generation model is not faster than the first. 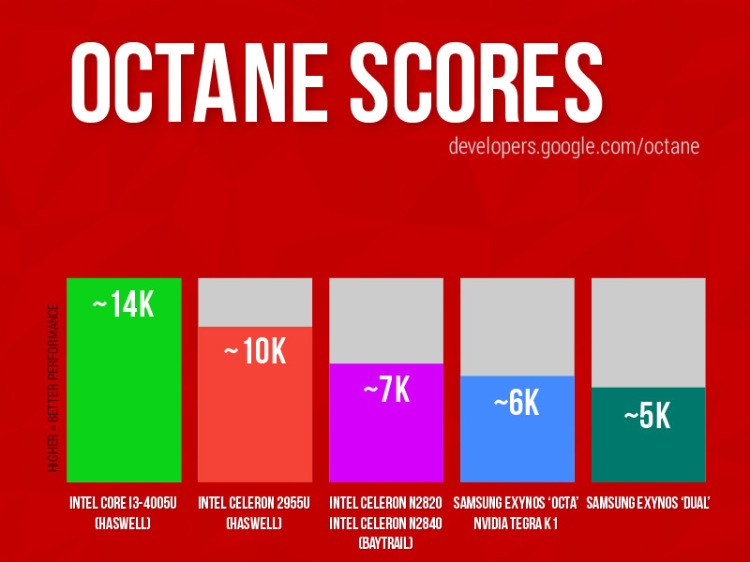 But, as we’re fond of reiterating and you’re tired of hearing, benchmarks only tell part of the story.

If you’re buying a Chromebook your chief consideration shouldn’t be “is this the fastest model I can buy” but “is this model fast enough for my needs?”.  Real world performance matters more than arbitrary numbers spat out by stress-tests. The difference separating claims of “fastest” and “slower” is often academic; imperceptible to most in use.

If a processor is able to handle what you do with enough grunt to spare, compare your need to be on the “the next rung up” against what you’d lose in the move.

Haswell devices will  load pages a few fractions of a second faster, and will be able to balance 20+ tabs with more ease. But the boon to battery life offered by Bay Trail means you’ll still be browsing while Haswell devices are recharging.

How long is the battery life in “real world” use?

Toshiba say that the HD model should be good for 11 hours on a single charge under “regular use”. The FHD model is rated at a respectable 9.5 hours.

Some users suggest that the device only takes around an hour or so to charge up from 0 to 100% — handy if you’re always in a hurry!

How many color shells are available and how much do they cost?

We’ve tried getting in contact with Toshiba reps to find out when these will be available to buy, but we’ve heard zilch back in response.

We do know that three colors — Charcoal, Aqua, and Rose — will be made available. These will retail in the US for $35 or so.

There’s currently no word on if or when they’ll be made available in the UK, Australia, or anywhere else.

Does the SD Card sit flush in the slot?

The sight of an SD Card jutting out of the side of a device is never pretty. The Toshiba Chromebook 2, thankfully, doesn’t do this; it tends to eat external cards whole. It’s not entirely flush, with a (barely) millimetre protrusion.

Does It Come with a Touchscreen?

No. A touchscreen model is expected to launch in the first few months of 2015, though.

Audio company Skullcandy provide an enhanced set of speakers for this device, and they’ve pleased early reviewers. A little light on bass (what laptop speakers aren’t?) but with a more rounded, less tinny sound overall.

Also included are dual-microphones to help cancel noise and a HD front-facing webcam, so expect a pretty solid  Hangouts experience.

Yes. All Chromebooks using the Intel Celeron N2820 or N2840 CPU are fanless (and by proxy silent).

Is the RAM or SSD user-upgradeable?

No. Both eMMC storage and RAM modules are soldered on to the main board. Annoying, but this is the case for most Chromebooks and a trade off in the pursuit of thinness.

If you’re buying the FHD IPS model you do get 4GB, the real sweet spot for Chrome OS.

When is it being released, and how much does it cost?

So far Toshiba has only released the device in the States and Canada, where it retails from $279 and $319 respectively.

Europe, including the UK, should see it arrive in January 2015 starting from £229 for the standard HD model. Australia/New Zealand release dates are yet to be confirmed.

If you have a query of your own that is not listed be sure to add to the comments.