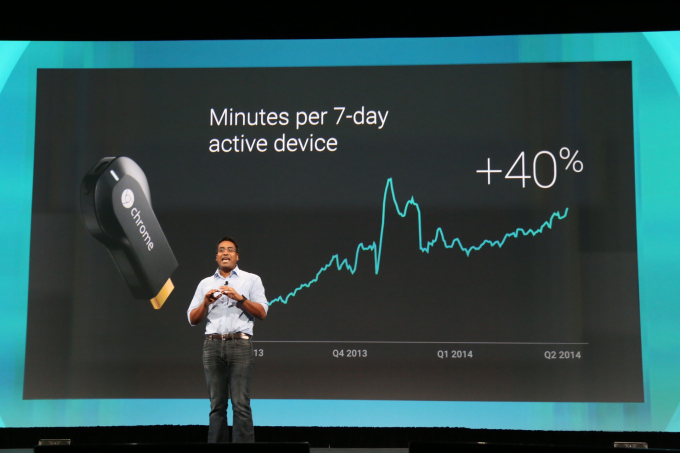 Google I/O 2014 did more than showcase a bevy of new features — it also presented us with cold, hard stats to underline its successes.

The past few years have proven solid for the Chrome platform in particular, and at I/O this didn’t go unmentioned. Google divvied up a wealth of updated facts and figures for us to chew over. Below is a handful of the most relevant stats, percentages and numbers relating to Chrome.

Most of us know that Chrome on mobile is popular — but just how popular? Well, very. In fact, the number of people actively using it at least once in a 30-day period is now 300 million strong.

It includes uses across Android and iOS, and to put the stat into perspective: this time last year Google was trumpeting its use by 27 million. That means usage has grown 10-fold in just one year.

Chromecast users are spending 40% more time a week casting content to a TV than when the device launched, stats that seem to contradict the findings laid out in a recent consumer survey report.

Google’s Rishi Chandra, Chromecast Director of Product Management, noted that YouTube sees more engagement through Chromecast than from any other device, including games consoles and smart TVs.

Over a 30-day period Google found that 50% of users cast from multiple platforms.

Chromecast has been the #1 selling electronics product on Amazon in the US, UK, France, Japan and Canada since its launch. “We’re blown away by its performance so far. We’re outselling every other streaming device combined,” he added.

The solid sales and strong usage is surprising considering that when the Chromecast launched it had a mere 5 Cast-ready apps supporting it. Today, there are over 250 Cast-ready apps available — with more arriving by the day.

Finally, 6,000 registered developers are now actively using the Google Cast SDK to prep as many as 10,000 apps able to stream content to Chromecast and Android TV. 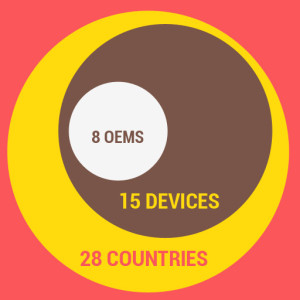 On the Chrome OS side there are now 8 OEMs making 15 distinct Chrome OS devices now on sale in 28 countries — with plenty more on the way.

Chromebooks remain some of the best selling laptops sold on Amazon, with the 10 highest rated notebooks available on Amazon.com being Chromebooks*.

The number of Chromebooks sold to K-12 schools has risen 6x in the last year, too.

Lastly, Google Drive has seen a whopping 85% increase in users over the past year, with 190 million 30-day actives now storing their files in the cloud.

* Accurate at time of I/O 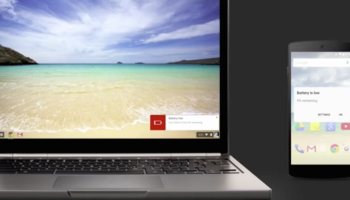