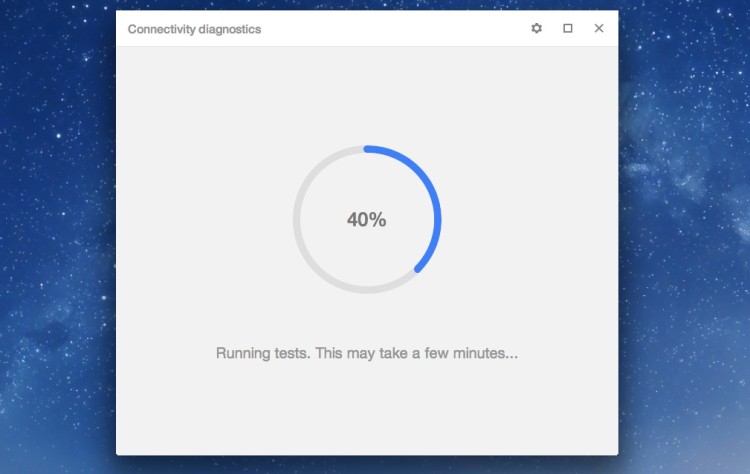 It’s happened to us all. One minute we’re mindlessly surfing the web, the next we’re shouting obscenities at the router downstairs for being a useless heap of plastic!

Diagnosing network connection issues, whether on WiFi or ethernet, isn’t easy for the tech whizz, let alone a novice. But a new Chrome App from Google aims to help.

The “Chrome Connectivity Diagnostics” tool runs through a suite of automated tests in an attempt to diagnose any niggling network issues. These tests range from the obvious, like checking that your WiFi is switched on, to the more complex, such as seeing if any ports are blocked.

When an issue is detected the tool will highlight it under a ‘Failed‘ heading. Click on the issue to see further information on it. It’s important to realise that the application is only able to diagnose network issues, but not able to ‘fix’ them. 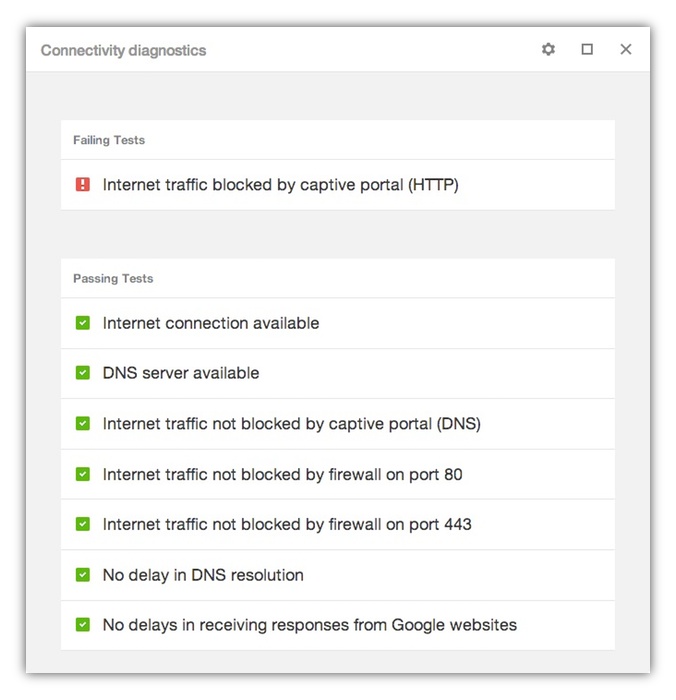 Clicking on a test result will reveal further details.

When all tests are passed successfully you’ll be greeted by a cute robot. ‘Passed’ tests aren’t displayed by default,  but if you’re curious you can click the ‘cog’ icon and select ‘Show Passing Tests‘ to reveal them. 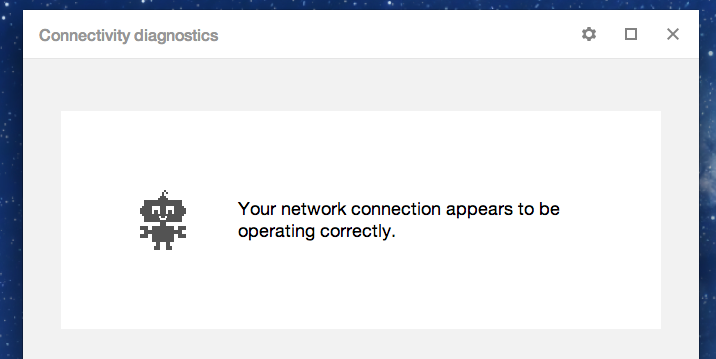 Chrome Connectivity Diagnostics is the kind of app that few think to install when the full force of the internet is flowing freely. But plan ahead; install this app now in lieu of those inevitable future network failures. Your blood pressure will thank you!

It’s included in Chrome OS Dev by default. Windows, Mac and Linux users can get it from the Chrome Web Store for free.

Lenovo Will Release ‘Multiple Chromebook Models’ This Year
Read Next