Smart Unlock and a new-look App Launcher are the highlights in the latest Chrome OS Dev Channel update,  rolling out to eligible users today.

Both changes have been available to Dev users for some time, but required some tweaking of internal options (‘flags’) to get up and running. Not so as of Chrome OS (dev) 41.0.2243.0. 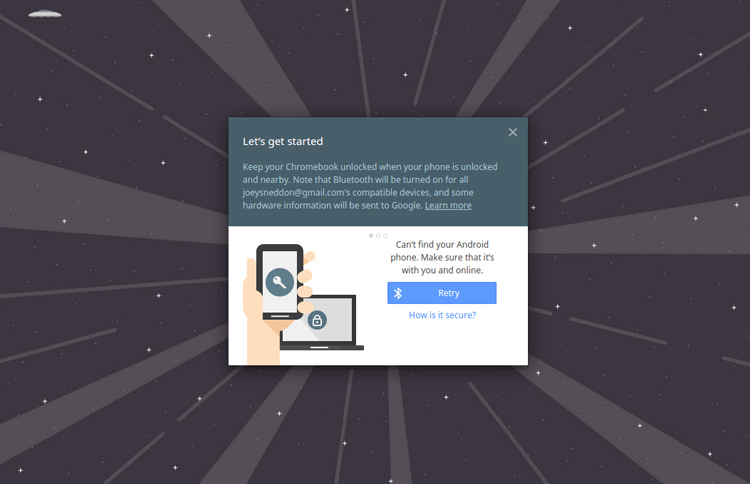 Google demonstrated its intentions for Android and Chrome OS interplay during Google I/O 2014. Following ARC, an extension that allows Android apps to run in Chrome OS, the next fruits in this labour are now ripening.

Smart Unlock (previously known as ‘Easy Unlock’) enables you to sign into your Chrome device simply by having your Android 5.0 smartphone placed nearby. Using proximity and Bluetooth, your phone acts as a “key” to unlock and log into your device.

It’s been available behind a flag for a week or two, but as of this update the nifty feature is enabled for all — no manual jiggery pokery needed.

If you have a Chrome OS device with Bluetooth 4.0, running on the developer channel, and have an Android smartphone running Lollipop nearby, look out for the newly added section in Settings headed “Smart Lock (beta)“.

Tap the setup button to, well, get set up. When done, the next time you log out or boot up your Chromebook with your smartphone within range you’ll see one of two icons in the user pod.

Do note that this feature is entirely optional. You do not have to make use of it. 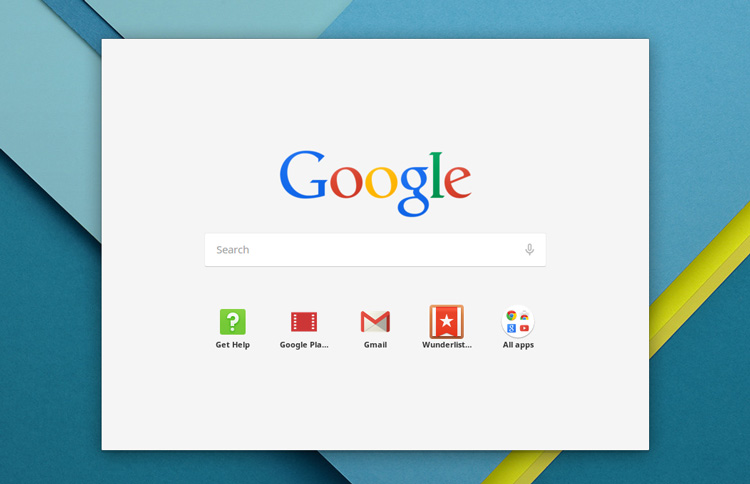 Also switched on for all in this release is a new look App Launcher positioned slap-bang in the middle of the screen and not, as before, above the App Launcher icon one clicks to open it.

With no screen edges to avoid the app list makes use of a wider layout. This allows a prominent Google logo to be shown, plus a strip of your most recently used apps and button to view ‘All Apps‘.

Searching is also a little different. You’ll still get top hits for installed apps but these now appear at the bottom (a la Google Now on Android). Web results, bookmarks and app suggestions appear in the flow. 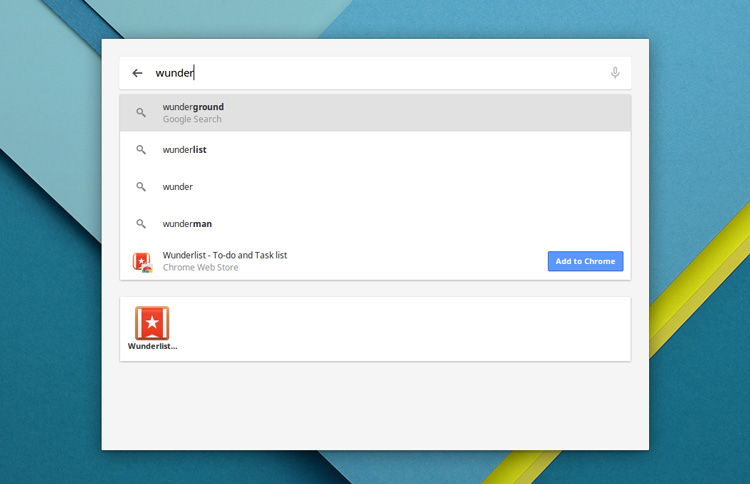 Imagine the view above without the boxy background. Remind you of anything? 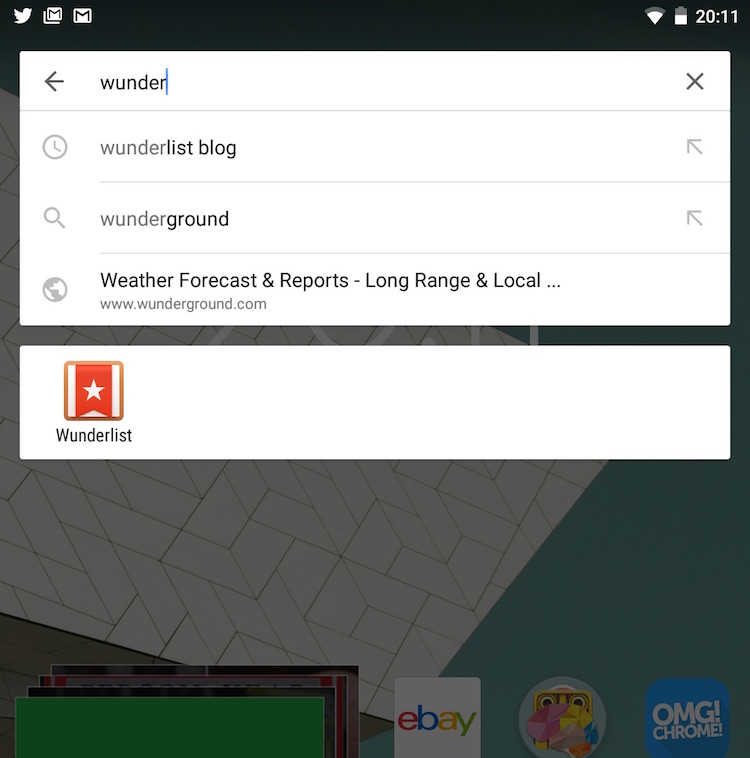 Also crammed into this latest OS offering is a round of crash fixes, security updates and tweaks, touches and finessing.

Anyone startled by the sudden switch to ‘Australian scrolling’ in an earlier build will be relieved to know that this has been fixed. Navigation once again adheres to the global system setting.

This update is rolling out to all Chromebooks, ‘boxes and ‘bases on the dev channel, says Google. But be patient if you don’t see it straight away.

If you’re not on dev, but are interesting in switching (something I’d advise against if you value stability) you can refer to our simple guide for more instructions on how.