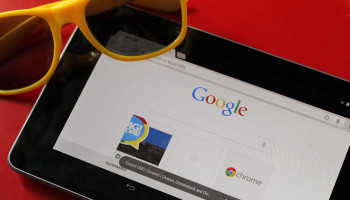 Google Chrome is the world’s most used browser on desktops and mobile devices, a new report from Adobe Digital Index (ADI) claims.

But while it’s never sensible to put too much stock in most claims that one browser being ‘more popular’ than another because of differences in data collection, bias and methodology, the April ADI report is a little different.

Most companies serve up contradictory tracking stats once a month using data sourced from a small pool of specific sites, but the ADI report encompasses a far more diverse set, with more than 10,000 consumer-facing websites.

Results are based on “aggregate and anonymous data across retail, media, entertainment, financial service, and travel Web sites” with browsers detected using Adobe Analytics. It’s this diversity that gives the report a great deal of credence.

So what is it saying exactly? From 17 billion visits tracked to US websites from both mobile AND desktop browsers during April 2014, the marketshare for the top three were as follows:

The stats show that Google Chrome has overtaken its long-standing dominant rival Internet Explorer for the crown of ‘world’s most popular browser’. Admittedly things are slightly skewed by lumping in the AOSP Android browser with Chrome (though recent builds are Chromium-based so it’s a moot point) and both Internet Explorer and Safari only do so well because of their dominance on desktop and mobile respectively.

The promotion of combined stats is smart. We live in a world where the boundaries between the regular ‘web’ and ‘mobile web’ is less distinct.

Most websites are now responsive; technologies, UI, features and APIs shared; and with iCloud and Google Sync what we start reading on our phones we can pick up straight away at our desks.

Purists may prefer to see individual stats, and the ADI report also offers these. Excluding mobile to show desktop usage alone, the report reaffirms Internet Explorer as the most popular desktop browser in the states:

The figure may look healthy but it hides the fact that, month-on-month, year-on-year, IE’s share shrinks at the expense of Chrome and Safari.

Exclusively mobile, the cliché that iOS users spend more time on the web than Android users appears to hold:

Findings are only good as the data they’re drawn from. In this case the data seems comprehensive enough for its conclusions to be worth attention.

You can read the full breakdown of stats on the CMO website.