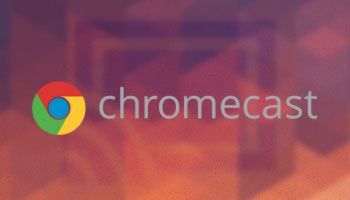 Google has announced that a raft of new features are coming to its $35 media streaming stick Chromecast this summer.

Rishi Chandra, Director of Product Management at Google, speaking at I/O 2014, also confirmed that a ‘new discovery experience’ will make it easier for users to find Google Cast ready applications. The web directory, news of which leaked ahead of the developer event, is now live online at chromecast.com/apps.

‘Chromecast is just the beginning,’ Chandra said, explaining that the company wants to foster an ‘ecosystem of Google Cast ready apps and devices’ ahead of Google Cast support arriving in the new Android TV devices due later this year.

‘We launched Chromecast with five content apps. Since then we’ve brought onboard many of the top content apps from around the world, including the BBC iPlayer and the WatchESPN app. As more and more apps are coming onboard and integrated with the SDK we want to make it even easier for consumers to find your cast ready app. So today we’re announcing new discovery experiences on Android, iOS and Google Chrome.’

‘Consumers can find these at [the website] or from the Chromecast app on Android and iOS.’

The first notable change is designed to make it easier for others to cast content to a nearby Chromecast device without needing to be connected to the same Wi-Fi network. Instead, users will be able to ‘cast’ content through the cloud via their mobile data plan or while using an alternative means of connection.

The frictionless approach will, Google say, help to increase the social aspect of the device by forgoing the need to share passwords. Rolling out to users later this year, the feature will be optional. If you don’t like the idea of anyone nearby being able to push content you will be able to restrict access.

Also coming this summer is a new ‘ambient experience’ called Backdrop. This feature lets you customise the images that appear on the screen when idle. Using the Chromecast app, owners will be able to personalise the slideshow with photos from a Google+ album, or by selected one of several ‘topics’ — curated images and information including news, weather and featured images from Google.

It will also be possible to use Google voice search to learn more about an image that appears on screen simply by saying: “Ok Google, what’s on my Chromecast?“. Third party developers will be able to add additional topics to the app through new SDK features.

Last, but by no means least, was news many had been pining for: the ability to ‘mirror’ an Android screen to a TV so that all apps, media and content can be viewed large.

The ‘cast screen’ feature uses a custom protocol made by Google to reduce latency and limit the number of frame drops. It allows virtually anything to be shared to a big screen.

This feature, which requires an update to Google Play Services, will roll out as a beta for selected devices, including the Nexus 5 and Nexus 7, in the coming weeks. 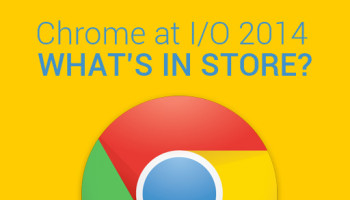