Google and Intel have today announced a raft of new Bay Trail based Chromebooks are on the way.

Said to be launching throughout the summer, consumers can look forward to new power-efficient devices from Lenovo, ASUS and Toshiba.

Intel says Bay Trail will enable Chromebooks to run for more than 11 hours under typical usage and, as they don’t require fans, allow OEMs to create slimmer and lighter devices. In some cases the weight differential will be as much as 15%. 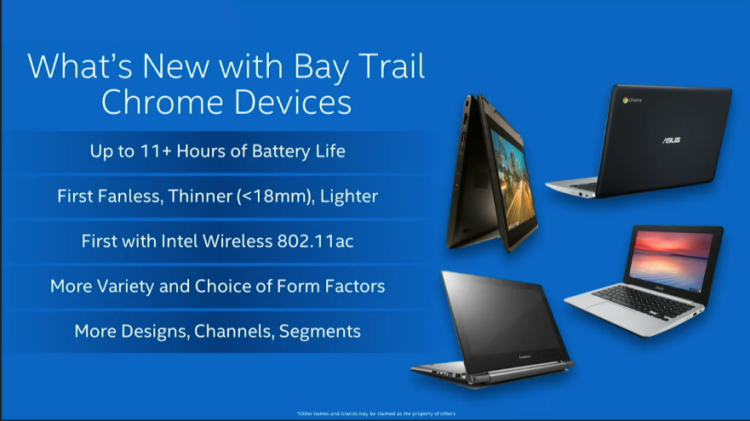 Many of the devices ‘announced’ have been trailed, tracked and teased in the press over the last few months, such as the ASUS C200 and C300 devices. Lenovo lifted the lid on its first consumer-orientated Chrome devices, the N20 and touch screen N20p, shortly before the press conference kicked off.

In addition to consumer devices there are also two Bay Trail systems aimed at education, where Chrome OS has doubled its footprint over the last two quarters to nearly 10,000 schools. These include the ruggedised Lenovo Thinkpad Yoga and a new reference device from Intel featuring a rotating webcam. American manufacturer CTL will be the first OEM to bring the device to market sometime later this year.

I Spy With My Little Eye…i3

Bay Trail was the main focus for the event, but Intel did briefly touch on the Core i3 refreshes of the Acer C720 (as we wrote about last week) and the Dell 11 Chromebook. Dell’s Neil Raggio, in response to a question on pricing, noted that the more performant i3 models will help improve the choice of mid-range devices. 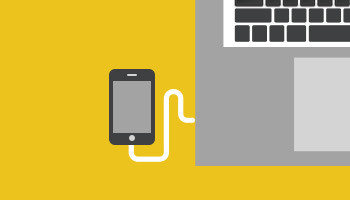