New features in the Chrome OS Beta channel have been highlighted by Google in an effort to get more Chromebook users testing and providing feedback.

One of the upcoming changes is, as we revealed a few weeks back, integration of Google Now Cards inside the new look Chrome App Launcher.

Chrome Community Manager Ernest Cabrera, sharing a rundown of features in a post on the Google Product Forum, describes ‘Launcher 2.0’, as “…the best way to start new activities on Chrome OS, like performing a Google search or launching apps.”

While not every Chromebook owner is going to be (or on developer channels, has been) pleased by the repositioned and revamped design it does gel well with its intended aim: helping users get more things done.

And since there is more to do on a Chromebook that simply launching applications the roomier launcher includes enhanced search results, better voice search integration, a more intuitive canvas for managing apps and, tantalisingly, powered up with Google Now smarts.

Other items presented are, more or less, already available to beta testers today. Highlighted as part of the Cabrera’s Beta testing call these include:

Password-protected ZIP support to allow users to seamlessly unpack zip archives that are password protected  (but not yet packaged).

Timezone Autoupdate sees Chrome OS automatically update the system clock based on the detected location of the device, which will be great for Chromebook-owning travellers!

‘Material Design’ touches such as the new look File Manager.

How To Switch to Chrome OS Beta Channel

Existing Chromebook, Chromebox and Chromebase owners can easily ‘opt-in’ to the beta channel (bearing in mind the usual caveats) through the Chrome Settings page:

The Chrome OS Beta channel is not for everybody. The trade off in testing features earlier is the potential for a buggy or unreliable experience.

Not that all’s lost; it’s easy to switch back to a stable version of Chrome OS in much the same way, but it should be noted that his will reset the device (i.e., wipe local files, photos, wi-fi networks, accounts, etc). 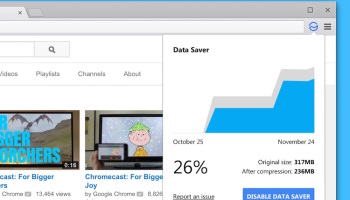