A new ‘by Google’ Chrome App has surfaced in the Chrome Web Store. Its job: to let users create Chrome web apps from websites easy as pie.

With no formal official announcement from Google to accompany the arrival of the tool you may wonder precisely who it’s aimed at. We have the Web Store listing to go off of and a press release announcing new Chrome OS devices for digital signage to help. Thankfully this offers much needed detail, with the Web Store explaining:

“Chrome App Builder is a utility that allows you to easily create Chrome Packaged Apps without needing to type any code.”

And the earlier press release on Google and AOPEN’s digital signage venture describing the tool as thus:

“The Chrome App Builder makes it easy to build third-party kiosk apps. You can set up applications to eliminate the ‘first-run’ configuration process and rapidly deploy across multiple screens. We have several third party partners who’ve built solutions for signage including Stratos, Rise, Arreya, Wondersign, Four Winds Interactive, Scala, and Industry Weapon; and we’re adding more to this ecosystem.”

Creating a web app for Chrome OS from scratch isn’t particularly hard but it isn’t as clickity-click easy as this tool seems to allow.

When opened, Chrome App Builder presents users with a very basic set of fields and a WYSIWYG preview at the top lets users punch in an app name and URL, set a version number and choose whether the web app should show navigation buttons, etc.

One quick tap of the export button later and the contents are exported, ready for testing locally or uploading to the Chrome Web Store for public use.

Some of the app options and indeed the lack of one in particular (setting an app icon) answers our earlier question: who the app is designed for.

The wording of the options is such that utility is designed specifically for creating “kiosk apps”, with options for settings things like rotation (needed if the app will show on a monitor positioned unorthodoxly); timeout (when all browsing data is cleared) and allows a big touch-friendly button to ‘restart the session’ to be shown.

Kiosk Apps can only be run in Chrome OS. They run fullscreen, all the time, and singularly; you can’t run two at once. There is no window management chrome, no App Launcher and the user cannot “exit” the app or navigate away from the specific URL.

These limitations may not sound great for home users but are super useful for those looking to run software on things like info booths, shop terminals, hotel lobby screens, etc. — places where interactive access to a specific portal, website or application is required but without the risk of people recording selfies, loading endless YouTube playlists or hijacking it to update their Twitter!

Despite that perceptual bias the tool isn’t limited to the creation of only Kiosk Apps. Uncheck the option before export to disable this mode (hiding features in the process) and the resulting app package will run just fine on regular Chrome OS, Windows, Mac and Linux desktops just fine (albeit lacking in some visual finesse). 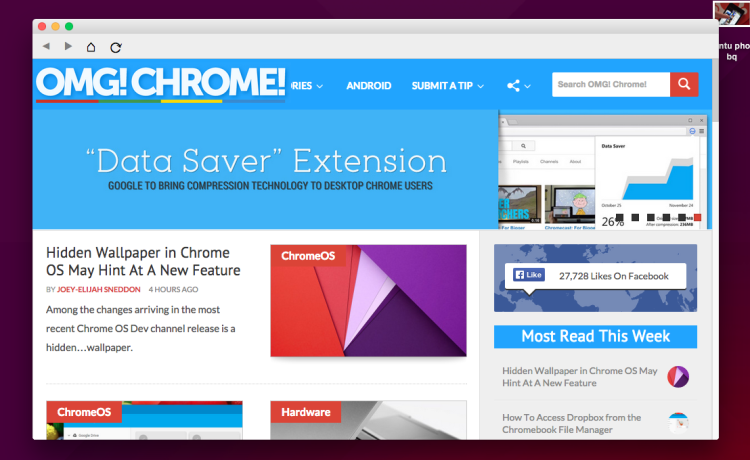 Interested in trying it out? You can go hands-on with the utility for yourself by installing it from the Chrome Web Store.