Mobile data saving was one of the big features to land in the mobile version of Chrome on Android and iOS  recently — but did you know that you can enable it on the desktop, too?

The Chrome Data Compression Proxy for Chrome mobile claims to be able to reduce data usage by as much as 50%.

To achieve this, web content is funnelled through a secure Google Server where images, scripts and the like are compressed and optimised. The newly squashed assets are then speedily served to the users using the efficient SPDY protocol.

While the feature is relatively new to mobile browsers, it’s not unique on the desktop. Opera has included a “turbo” mode, which, like Google’s data savings features, compresses web files like images and scripts via an intermediate server, since 2009.

The developer behind the add-on, Jerzy Głowacki, explains:

“The extension sends all HTTP (but not HTTPS) traffic through Chrome Data Compression Proxy server, which uses SPDY protocol to speed up web browsing. Enabled state is indicated by a green icon. You can manually disable the proxy by clicking on the icon.”

But does it actually work? During a brief hands on with  it only one page managed to load successfully when it was enabled. All other pages threw up an ‘ERR_PROXY_CERTIFICATE_INVALID‘ error.

That’s an important takeaway here; as this add-on is not endorsed by Google it can be blocked from working at any time.

Bandwidth savings can be viewed in Chrome at chrome://net-internals/#bandwidth.

The add-on is available to install for free directly from the Chrome Web Store.

The source code is also available for those worried about where data is being sent to check over. 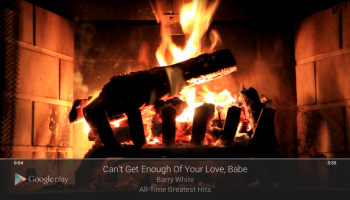 This Feature Makes Chromecast The Ultimate Mood Setter
Read Next