Following its impromptu appearance to the world earlier this month, new details on the Android-based HP Slatebook 14 have recently emerged online.

An official disassembly document uploaded to the HP website, which details how to remove and replace the top cover and display panel, offers a few new pointers.

The guide is illustrated by a series of photographs and moving gifs of a ‘hot pink’ coloured Slatebook, suggesting that additional colour options than the ‘sweet yellow’ version previously seen will be produced.

In addition to the teardown pre-order listings for the 14-inch notebook have appeared on a handful of smalltime US electronic retailers. Prices put forward on these vary, the cheapest being approximately $422.

While not consistent on price, all currently live listings say the laptop runs Android 4.3 and will feature the following line-up of internals:

As is the case with most pre-sale hardware yet to be officially announced it’s best to treat information as tentative rather than authoritative.

But if these specifications turn out to be correct then it’s a middling offering. The choice of a Tegra 4 chip over Nvidia’s newer, and arguably more impressive, chips seems like a missed opportunity, especially if the price tag does end up reading somewhere around $450.

Compared to the upcoming 10-inch Android notebook from Archos, the HP Slatebook has the looks, style and hardware in the bag, if not the price.

Quite how it will fare against cheaper, more powerful and arguably more productivity-orientated devices like Chromebooks, remains a question waiting to be answered.

HP has yet to formally confirm the Slatebook 14, though a video advert for the device surfaced online earlier this year. 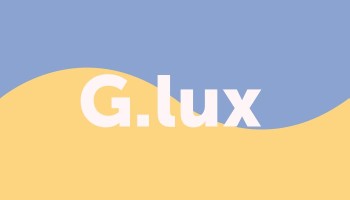 G.lux Takes the Strain Out of Late Night Browsing on Chrome OS
Read Next