Intel has announced that its upcoming processor refresh will be targeted at Chromebooks — a lot of them.

Succeeding its successful Haswell and Bay Trail line of processors will be the “Braswell” system-on-a-chip, which Intel say, will offer PC makers improved power efficiency and performance while remaining low-cost.

Intel’s Kirk Skaugen revealed the news at the Intel Developer Forum (IDF) held in China last week. There, he also stated that that more than twenty Chromebook designs are in the offing:

That’s a lot of Chromebooks.

Intel has so far given no indication of when Braswell-based chips will arrive on the market, but did confirm that they would be manufactured at 14nm versus the 22nm architecture used by its current mobile-friendly processors.

Also not touched on was the sort of graphics capabilities likely to come integrated with the chip. But with prolonged battery life and improved performance touted, a significant leap in GPU handling is all but a given.

Wait or not wait (bearing in mind we’ve yet to see Bay Trail Chromebooks hit the shelves) it’s great to see that the outlook for Chrome OS is looking so positive. 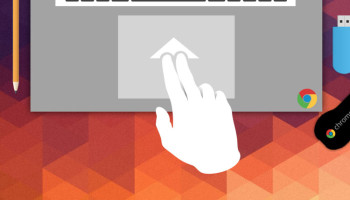