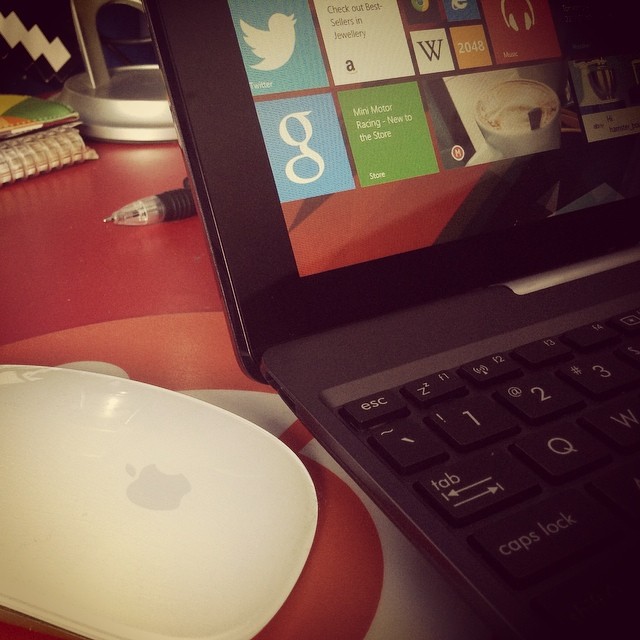 Having spent years making digs at Google, Chrome and Chromebooks — from pushing dubious stats aimed at discrediting Chrome’s performance to running the infamous ‘Scroogled‘ campaign — Microsoft hasn’t exactly been shy in positioning itself as ‘the different’.

But with Internet Explorer 12 the company is alleged to be performing a 180 and aping features made popular by Chrome.

Neowin, who have been lucky enough to see the upcoming browser, describes the UI as ‘flat’ and looking like ‘a cross between Chrome and Firefox’.

Microsoft are moving browser tabs to the top of the URL bar, following a UI trend popularised by Google’s browser and mimicked by virtually every browser since.

More room for the URL bar means more room for buttons. So, in addition to back and forward icons, Microsoft is also adding a combined refresh/stop button to the left of the URL bar.

IE12 will also see the barely used/limited Internet Explorer Add-Ons gallery axed in favour of an all new extension store. This, Neowin say, aims to meet the expectations users have of modern browsers, and should offer a wide range of customisation options, utilities and extra bolt-on functionality.

The nature of progress, more so in tech, is that everyone will eventually borrow an idea from each other, whether to play catch up, iterate or improve upon. It’s a good thing.

Whatever may server as the inspiration for a newly Chromified IE, Microsoft get credit for pushing for change. Whether it will be enough to help stave off growing apathy towards its platform offerings remains to be seen.

And that’s the crux: had Microsoft not spent the last few years pursuing a marketing campaign based on what their competitors supposedly can’t do and instead more on what they themselves can, would they be in such a sticky predicament?