Google is making it easier to cast your Chromebook desktop to another screen.

A ‘Cast Menu’ is currently being tested in the latest Chrome OS Canary channel release  and it makes mirroring your screen super simple — no need to hunt for hidden features in a Chrome extension or keep a browser window open.

Better yet, the  you’ll be able to cast your entire desktop (including sound) to a TV without having to fish around for an HDMI cable.

Native access to screen mirroring is something available on a range of Android devices. Now it’s coming to Chrome OS.

Reader Brandon Giesing spotted the Cast Menu feature on his Chromebook and (awesomely) shot us over a few screen grabs of it in action through our tip form.

It looks and functions as you’d expect. When your Chromebook (or other Chromebox, Chromecast, etc) is connected to the same Wi-Fi network as a Cast ready device the system settings area will show a ‘Cast devices available’ entry.

Clicking on the discovery entry will page through to a list of available devices. Selecting one will cast your entire Chromebook desktop to it.

The Change Is About Discovery

The official Cast Beta extension for the Chrome web-browser already offers ‘experimental support’ for mirroring your desktop — the change here is in the way that feature is surfaced, i.e. in the Chrome OS settings area.

You no longer have to click a tiny arrow icon in a small extension pop-over to access it. When available, just head to the system tray, click and you’re done.

The default Chrome OS video player is already able to stream video content to a big screen while an (entirely optional) browser extension has long been able to shunt the contents of any browser tab to a nearby TV.

Hooking these features into the OS natively, in the sort of place you’d expect to see them, is clearly the right step.

The desktop cast feature could really prove useful if Google enables the second screen to work as an extension of the Chrome OS desktop and not merely a mirror of what’s on it.

Look out for this feature in a future Chrome OS dev channel update, and let us know what you’d use it for in the comments.

This article was updated on June 12.

Thanks to Brandon G. 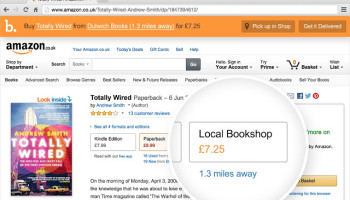