A raft of brand new 2-in-1 Chromebook convertibles will go on sale this year, a report claims.

Taiwanese newsites Digitimes say we should expect to see no less than six 2-in-1 Chromebooks released in 2015, two of which will be Google-branded devices.

While you start to scrape your jaw off the floor remember that this is, for now, a rumour.

Digitimes track record in Chromebook related predictions is, as always, at the mercy of the industry ‘supply chain’ it monitors.

But they’re rarely wide of the mark (flood predictions aside).

The Nexus line of Android devices, the stylish HP Chromebook 11 G1 and the industrially beautiful Chromebook Pixel  show us that when Google does hardware it does it so dang well.

The thought of not one but two new Google-made Chromebooks is just… salivating.

These Google-branded Chromebook convertibles have detachable keyboards and will go on sale in the autumn:

Digitimes believes the high-end model has been designed to compete with Apple’s rumoured (yet inevitably real) 12-inch iPad, informally dubbed the ‘iPad Pro’.

Skylake on the horizon

Acer, the biggest Chromebook maker in the world, is planning a 11.6-inch convertible Chromebook based around an Intel Skylake processor. As Skylake chips are yet to hit the market Digitimes say we should expect model to launch nearer Christmas time.

The education sector remains Chromebooks’ current biggest market by a colossal margin. If Chrome OS is to maintain its impressive growth rate it does need to break out and boost its adoption by Joe & Jane public.

With Android tablet sales bottoming out, and a resurgent Windows 10 fighting back hard, showcasing Chromebooks that quite literally bend over backwards to meet users’ needs is a timely move.

Are you holding out for a convertible Chromebook? Would you buy one of these? Think this rumour is unlikely?

Whatever your opinion, share it in the space below. 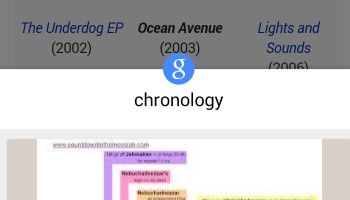