Could even cheaper Chromebooks be on the way? According to the sometimes reliable Taipei-based tech site ‘Digitimes’, the answer is yes.

The blog, famed for citing its “sources from the supply chain”, claims we will see new Chromebooks from major OEMs launch before the end of the year.

“With more vendors planning to join the industry, Chromebook prices are expected to drop further in the future,” the site’s source says.

ASUS in particular is allegedly “planning to flood the market with many different models starting the fourth quarter of 2014,” while Lenovo and Dell are actively investing and developing new models for 2015.

Sounds exciting, but is it likely?

Digitimes’ hit rate (rather, lack thereof) on Apple scoops is legendary but when it comes to Chrome devices they do tend to have some form. They previously anticipated a ‘touchscreen Chromebook from Google‘ (the Pixel) and the second generation Acer Chromebooks (though we’re still waiting for those all-in-one Chrome PCs from Samsung and HP).

While we know that new Chromebooks are on the way, it remains to be seen whether they’ll arrive in a super cheap flood before the end of the year. 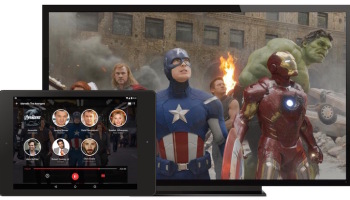