Ever wanted to try a Chrome app without installing it? A new feature heading to Chrome OS lets you do just that.

The feature is called “Ephemeral Apps” and is presently only available to users on the Chrome OS Dev Channel who enable a specific flag. The aim of the experiment is to allow app results surfaced through the Chrome App Launcher to be opened without needing to install them locally.

For those of us who are a little lazy the ‘Ephemeral Apps‘ experiment has some pluses. For example, I have about 5 or 6 apps in my launcher right now that are there simply because I have forgotten to remove them after trying them out and finding they didn’t suit my needs. Ephemeral Apps would nix the need for a post-install clean-up.

So how does it work at present?

When searching in the Chrome App Launcher – be it for an app or a file – you’ll often see a related ‘hit’ from the Chrome Web Store.

With the Ephemeral Apps flag turned on the sole ‘Install’ button that would previously appear beside such a result is replaced with two new options: ‘Add’ and ‘Launch’. 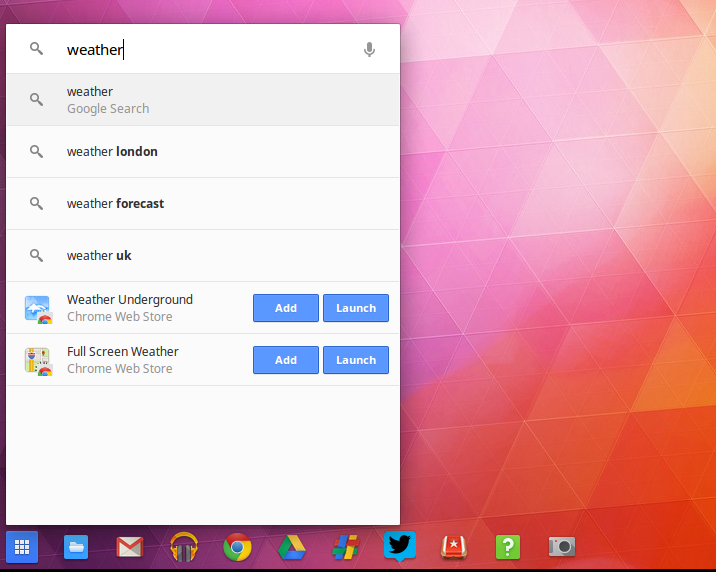 The Chrome team plan to experiment with ways to find and launch these transient apps, so what you see at present isn’t necessarily how the feature will be should it ever filter on down to the Stable channels. One idea is to allow users of Chrome to launch apps that are returned in Google Search results.

If you’re on the Dev channel for Chrome OS you can turn the flag on from the chrome://flags page.

But before you all rush off to turn it on, Chrome evangelist François Beaufort points out that this is only its ‘intended’ behaviour. Right now the ‘Launch’ button does exactly the same job as the ‘Add’ one – and that’s launch an installation prompt!

ASUS To Release First Chromebooks In Early 2014
Read Next