Most of us are aware that Google Chrome is a bit of a battery sapper on Windows & macOS.

Google, aware that it needed to do better, duly got to work fixing longstanding bugs, removing excessive feature bloat, and generally giving the browser a nip and a tuck.

The work has been more than skin deep, as the above video, shared by Google, clearly shows.

In all, with Chrome open and streaming video, the device lasted a healthy 10 hours and 39 minutes — pretty much enough time to digest an entire season of Doctor Who!

Naturally Google will have chosen its test carefully. Vimeo with HTML5 video playback is likely much kinder on a laptop battery than Google Chrome with a Flash streaming site.

But even anecdotally it’s positive proof that Google is intent on addressing one of the chief complaints users have about Chrome. 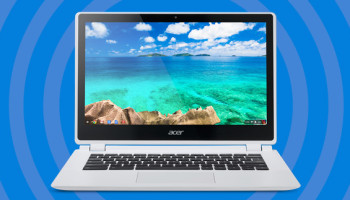 So, I Totally Forgot How Amazing Chromebooks Are
Read Next