A troupe of brand new Lenovo Chromebooks are incoming, and they look to be more powerful than the company’s previous fare.

That spec bump alone should help ensure that these upcoming models are appreciably faster than Lenovo’s hitherto most recent Chrome laptop, the C330.

While the prompt video conveys the most salient details on each of the new Chromebooks, including processor options, colours, screen-size, and (as showcased in the video thumbnail above) flexible Yoga-like hinges (a staple of most Lenovo laptops these days), it’s short on other information.

These reveal that the Lenovo C340-11 is an 11.6-inch Chromebook with an Intel Celeron N4000 processor. Memory is tempered at only 4GB (aka the ‘bare minimum’) but its 11.6-inch IPS display is touch enabled.

The Lenovo Chromebook S340-14‘s features a 14-inch TN display that fold back 180-degrees. The model will be available in HD and FHD (and, in Europe, FHD touch). Again, Lenovo is only shipping this model with 4GB (what’s up with that?).

With a 15-inch convertible display, the Lenovo Chromebook C340-15 looks like the ideal choice for serious productivity. It’ll be available with a range of different processor options, including an Intel Core i3-8130U. But with only 4GB RAM, excess productivity might hit the bumpers!

No release dates are (yet) set, but the Lenovo’s listing indicate the models will are for release around the world, including North America, Australia and Europe.

Do any of these new Chromebooks interest you?
Hardware News lenovo Lenovo C340 Lenovo S340 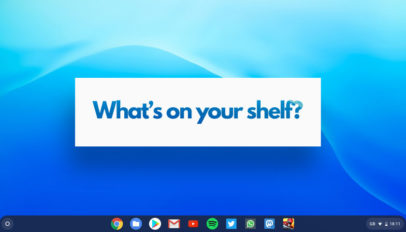 How Many Apps Do You Pin to Your Chromebook’s Taskbar?
Read Next