New ‘categories’ will automatically groups e-mails based on their content. For example, e-mail updates from Twitter, Facebook and Google+ will appear under ‘Social’;  promotional mail shots from online retailers will appear under ‘Shopping’; and so on.

Announcing the revamp on the Gmail blog, Google say that the new UI will ‘put you back in control using simple, easy organization’

Whilst the natty new categories feature is intended to be the default look of Gmail in the future Google are assuring users that it can be switched off.

You won’t have to be at your desktop to get the most of the new features. Google say that the features will also be available on its GMail apps on Android and iOS, with an update rolling out in the coming weeks.

As with a lot of Google product refreshes the new Gmail will be rolled out in stages – so if you don’t have it today you won’t be alone. In the meantime, Google say to keep an eye on the Settings menu in Gmail desktop where a link to try it the feature out sooner will shortly appear. 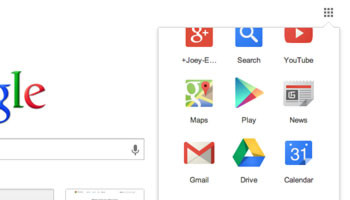