Recent media streaming sticks from Microsoft and Firefox OS have been heralded as ‘Chromecast Rivals’ — but it’s Roku who is most worthy of the title.

Like Google’s dongle, Roku has its own mobile apps that allow flinging photos, music and more from a tiny mobile screen to the biggest one in the house.

And, also like the $30 Chromecast, it supports content from some of the biggest media providers, including Netflix, Sky and BBC iPlayer.

Now it has announced a new feature that sees it encroach ever further into Chromecast’s territory. Say hello to cross-platform mirroring.

Screen mirroring is an incredibly useful feature to have access to. It lets you view the entire contents of a mobile, tablet or PC on a larger display — ideal for sharing presentations, photos, or even gaming action to semi-interested friends.

Select Android handsets already support mirroring through Google’s Cast technology, including the Sony Xperia Z3 and Z3 smartphones. Roku want to bring it to an even broader set of devices.

A beta release of the new feature is rolling out to Roku customers. It works with compatible Windows 8.1, Windows Phone 8.1 and Android 4.4.2 devices and the Roku 3 set-top box or its most recent HDMI Streaming Stick.

They plan to bring the feature to select Roku TV models in the first half of 2015 but won’t be supporting iOS.

Like Microsoft’s Windows Wireless Display Adapter you don’t need any special apps to use it, just supported equipment.

Roku say “screen mirroring brings a whole new way to enjoy any type of content through your Roku player and we think you’ll love being able to bring your small screens to life on the big screen.”

Check the official announcement post for more information, including links to help articles for setting it up. 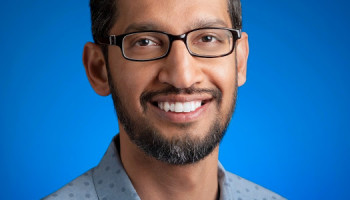