Samsung said to expect an April release for the 2nd-gen version of their ARM-based Chromebook and it looks like they’re sticking to their word.

The company’s Canadian website has been updated with new listings for both the 11-inch and 13-inch versions of the leather-look device.

Aimed at promoting the devices to customers, these feature the obligatory specification rundown, a slew of screenshots and the usual bold claims of ‘super fast performance’.

Though how fast is up for debate.

Gigaom note that the lists throw up some extra bits of information, including planned support for the newer, faster 802.11ac WiFi specification; bluetooth radio; and a marginal increase in the weight of the 11-inch model.

Samsung have yet to give a firm release date for the Chromebook 2, and while the listings are yet to appear on the company’s other international sites, it does seem that it will be launching sooner rather than later.

More as we get it, so don’t forget to subscribe! 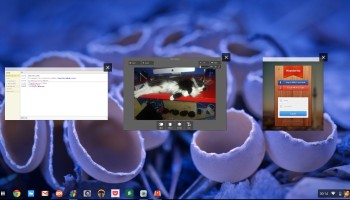