Sony has unveiled its new line of 4K Bravia TV sets at CES 2015 — all of which come with Google Cast functionality and Android TV OS built in. 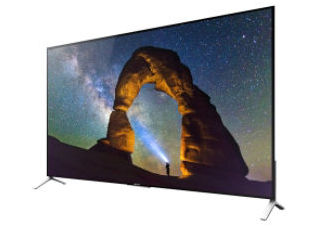 Among those sporting the features are the flagship Bravia 4K Ultra HD models in 55, 65 and 75-inch variants.

A raft of groundbreaking improvements in hardware and engineering is on offer to those who can afford it. The flagship models feature a super thin design — just 4.9 mm thick — and a powerful new ‘X1’ processor that’s able to deliver outstanding advanced color accuracy, contrast and clarity at full 4K resolution, even for upscaled content.

Improvements aren’t reserved solely for the top-end either, nor confined to the hardware level.

Google’s Android TV OS, which debuted last year in the Nexus Player, powers all of the 4K TV sets and a handful of the new HD line, to make it easy for buyers to stream video, play games and use enhanced voice-enabled search. 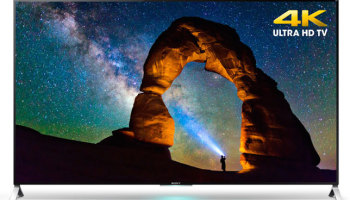 Built-in Google Cast functionality expands the potential further by adding a wealth of additional connectivity opportunities. Your mobile, tablet and web devices will work with the Sony Bravia 4K Ultra HD TV just as with the Google Chromecast.

All the Android TV sets are compatible with Google Cast, and all the apps that work with the Chromecast will work with these new Sony TVs.

Sony say to expect the new Bravia lineup to appear in US stores near the spring. There’s yet to be any word on pricing — but based on the 2014 models, they’ll cost a fair whack more than a standard HD TV and Google Chromecast dongle!