If you thought the recent trend for ruggedised and reinforced Chromebooks for the classroom wasn’t enough, say hello to the first range of commercial-grade Chrome OS devices aimed at industry.

Announced by AOPEN, three news Chrome OS devices are being built and pitched squarely at businesses in need of a digital signage solution (a fancy catch-all for public-facing screens like hotel lounge TVs, electronic signs in windows, information boards, etc.) rather than the typical home and school users.

AOPEN, which has worked with Google on the new devices, plans to make three separate devices available later this spring: a Chromebox, a 19-inch Chromebase and a 22-inch Chromebase.

The computers will be able to drive everything from billboards in hotel lobbies and interactive product catalogs in retail outlets to information points at tourist attractions.

Google is to offer additional Chrome management features to make the devices “extremely easy to deploy, use and manage in distributed environments,” say AOPEN in the official press release. These new capabilities will include handy tools, like being able to update the digital signage on screens or reboot devices directly from the cloud.

Given their use in potentially hard-wearing situations with umpteen people prodding them all day, the devices have been designed to be “extra rugged and ship with various data and device security.”

No formal specifications have been listed for any of these new devices but the company has said they will be ‘powerful but still affordable’.

“We are moving to a world where all signs will be digital, and Chrome devices are the ideal platform for digital signage and kiosk applications. It features hardware-level security, it’s stable, fast and with Chrome Device Management it can be centrally deployed, managed and monitored,” Google’s Matthew Blumberg says.

Stephen Borg, Corporate Director at AOPEN adds both they and Google have seen big developer interest in Chrome OS as a platform for digital signage apps.

In pairing up to deliver a well rounded and no compromise business solution, something regular Chromeboxes and Chromebases don’t given their consumer focus, Chrome OS could help play its part in pushing retail technology forward.

Home » Hardware » The Newest Chromebox, Chromebase PCs Aren’t For You 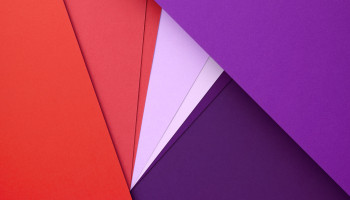 Does This New Chromebook Wallpaper Confirm ‘Chrome OS for Kids’?
Read Next