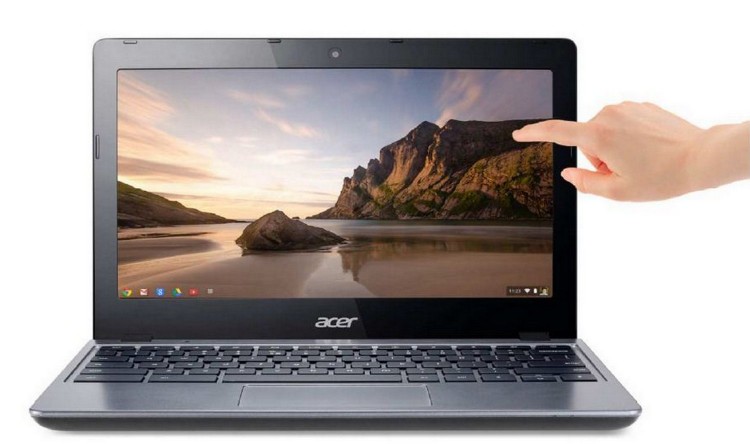 A touchscreen Chromebook from Acer has been listed on Amazon France.

Whether by accident or design, its appearance does confirm earlier speculation that a touchscreen version of the company’s C720 range of Chrome OS notebooks was on the way.

It is the first entry-level Chromebook to feature a touchscreen, with Google’s developer-orientated premium-grade Chromebook Pixel having the honour of being the first to feature touch capabilities.

Work on tailoring Chrome OS to work with touchscreen has been on-going for some time. Recent updates has seen support for a number of touch gestures, including a three-finger swipe down from the top bezel to open the application switcher, added.

All other specifications match the 2GB model; the same Haswell CPU, selection of ports, estimated battery life and chassis all feature in this iteration.

Outside of this listing we know little else about its availability. Hit the link below to view the device in more detail (and in French) lest Amazon pull it.

ASUS To Release First Chromebooks In Early 2014
Read Next