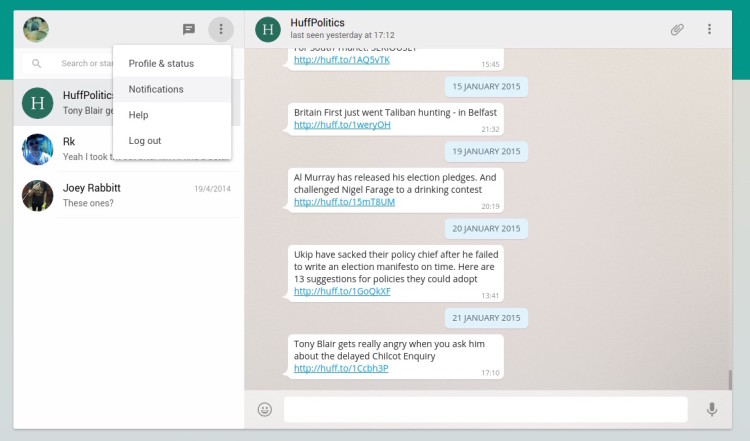 Popular mobile messaging service WhatsApp is now available on the PC using a web browser, news sure to delight the thumbs of 600 million active users everywhere.

Its sudden arrival was announced on Facebook, who not so coincidentally purchased the messaging service for $19 billion last year, by WhatsApp Founder Jan Koum.

‘WhatsApp Web’ (as it’s called) currently only works in Google Chrome on Windows, Mac, Linux and Chrome OS. Support for more browsers is, according to the official website, ‘coming soon’.

How to Use WhatsApp Web on a PC or Chromebook

WhatsApp Web is an extension of the regular mobile experience, not a replacement for it. You still need the official mobile app installed on your phone to make use of it as, unlike regular messaging services like Skype or Google Hangouts, your mobile number is your identity.

Your phone also needs to be connected to the internet for the web client to work, notes Koum.

That means if your phone’s battery runs out mid-conversation, so will your chance to reply!

An updated app is rolling out today on Windows Phone, Blackberry 10 and Android. iPhone owners are left out of the fun owing to what Jan Koum calls ‘platform limitations’.

To sign in to WhatsApp on your Chromebook or other PC:

When you see the design you’ll see that the “Chrome only” caveat isn’t a surprise: the Web client looks like a tablet version of the Android app and uses Google’s Material Design language in spades.

Messages appear in the mobile app thread instantaneously; as fast as text is being hammered out on a keyboard so it appears in the message thread.

Other features are there too, so you can add and send attachments, take photos with your webcam, record short voice clips and pepper your personal prose with emoji. Desktop notifications can also be turned on so that alerts of new messages arrive using the Chrome Notification Center.

Let us know what you think of it when you get the chance (remember: you need the very latest version of WhatsApp to use the feature).  We’re also expecting to see a ‘hosted app’ shortcut for the service to appear in the Chrome Web Store soon.

WhatsApp for Android on Google Play 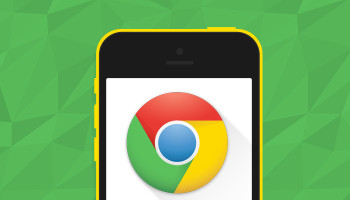