We might have to wait for Google to reveal more on its plans to let select Android apps run natively on Chrome OS, but there’s already a handy alternative (of sorts) available to us in the meantime.

You’ll be surprised at just how similar many of these are to their respective mobile counterparts. Throw in account sync, offline support, responsive layouts and system integration, and you’ll be hard to tell the difference!

So familiar are they, Google has even started to highlight cross-platform software in the Chrome Web Store!

Below is a list of ten Android apps with official companion versions available on Chrome and Chrome OS.

We’ve chosen to avoid any “unofficial” pairings (there are, for example, ways to use Instagram, Snapshot, WhatsApp, Telegram, etc. in Chrome) and instead focus only on those made by the same developers. Hosted Apps for Chrome (i.e., shortcuts to websites) are also not included in this rundown. 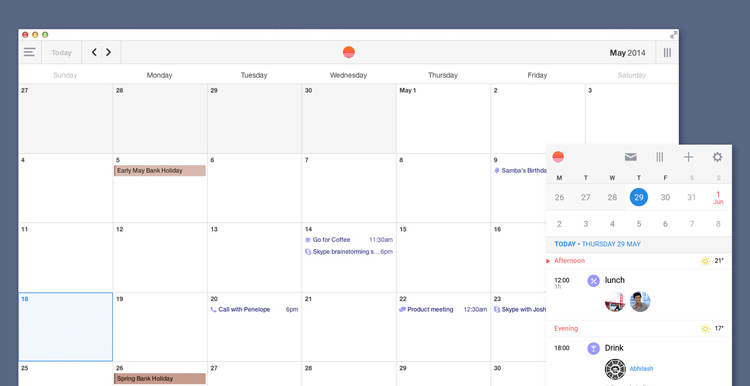 On iOS and Android the calendar app Sunrise has been warmly received by critics and users alike.

It’s a truly standout tool, able to sync up with a number of online backends including Google Calendar and iCloud. This versatility is paired with innovative social integrations, such as adding birthdays of your Facebook contacts and embedding travel directions for scheduled meetings. Coupled with visual touches, like intelligently matched emblems, Sunrise helps take the stress out of staying organised.

The Sunrise Chrome App is largely consistent with its Android and iOS versions. It uses the same light, flat design, color scheme and visual motifs, and has many of the same tools. The layout takes full advantage of running on a larger screen.

Sunrise is free to use on Chrome and Android, though pro plans are available for those with excessive calendaring needs. 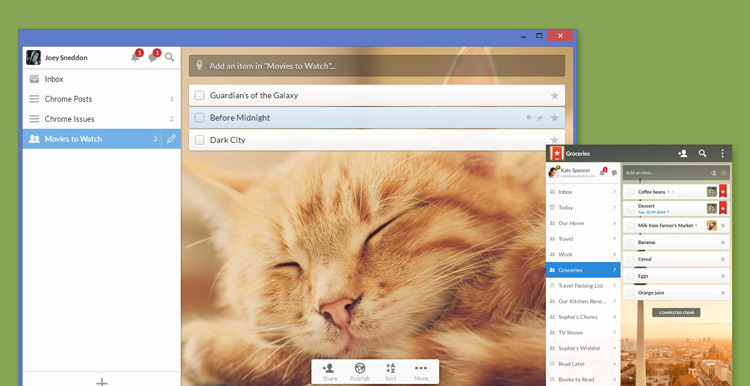 The latest releases of the app feature a fresher, lighter look plus some neat new collaborative features, including shared lists, commenting and file uploads.

Wunderlist 3 for Chrome (the app, not the shortcut) naturally shares much of the name appearance and layout as the mobile and web versions (bar a few toolbar differences) and virtually every single feature and option is carried over. It even syncs your preferences between devices, including choice of background!

Easy to use and full of essential tools, Wunderlist is one of the best — if not the very best — note-taking and task management app available on any platform. 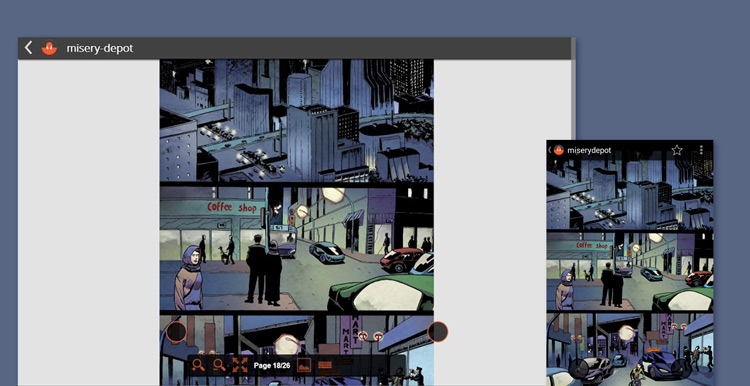 Are you a comic book fan?  If so then you might have come across ‘Astonishing’ for Android at some point. It’s one of the more popular and featured comic book (.cbr and .cbz format) readers available, and has an awesome development team behind it.

But did you know it has a desktop version on Chrome? Sure does. Just like the mobile version, Astonishing for Chrome can open any CBZ and CBR comic on your system, plus it runs offline — no uploading or converting required.

The Chrome app is free to use, while the Android version is available in freemium and paid versions. 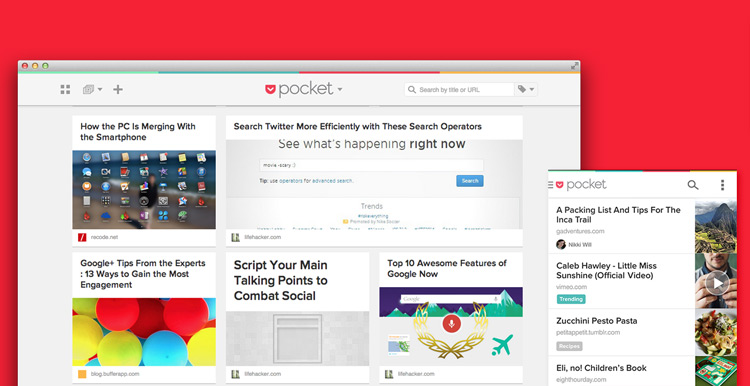 With so much internet and not enough time I find so-called ‘Read it Later’ services like Pocket invaluable tools. With a quick copy or paste I can clip articles of interest to be stored away and read in full, in a readable format, at a later date.

While most people use Pocket’s Chrome extension (for quick saving of content) its Chrome App is every bit as featured as its mobile offerings. It offers offline support so that you can read pinned posts, images and more at your own leisure, in your own time. Organising, tagging and search features are included, while auto-sync will keep everything in check as you switch between mobile and desktop. 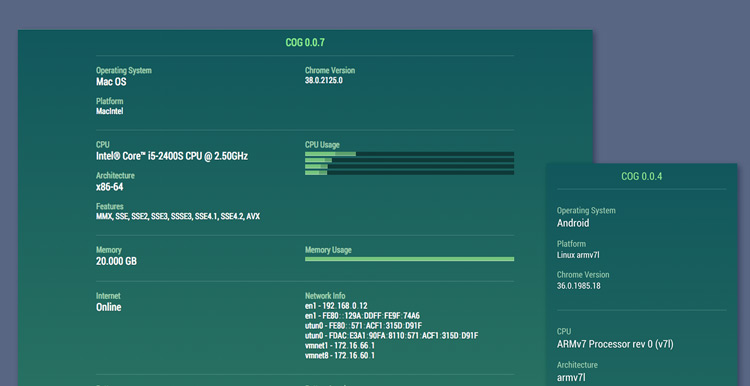 Curious about what’s running underneath that sleek external casing of your phone, tablet or Chromebook? The suitably titled ‘Cog’ will fill you in.

Having written about this app recently we won’t bore you with the full details again, suffice it to say it uses the same Chrome APIs to access and present data on your system internals on mobile as it does on the desktop. Highly recommended. 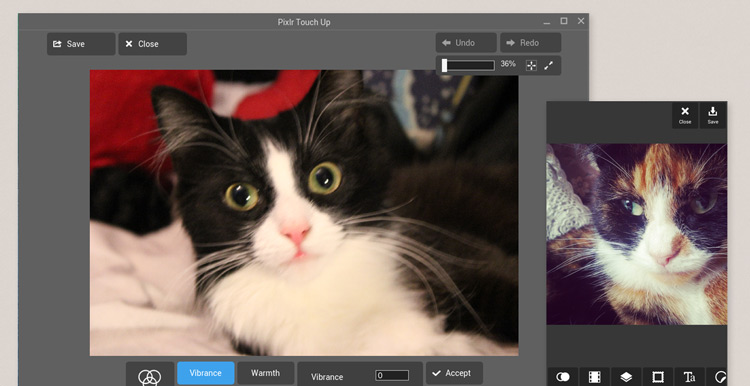 Alright, confession time: this entry is a bit of a cheat. But while this isn’t a straight comparison of two cobranded apps, both are made by the same company, AutoDesk, and offer the same features, all presented in a roughly similar approach.

As we’ve mentioned many times in the past, Pixlr Touch Up is one of the most user-friendly photo editors you’ll find for any desktop, regardless of it being a Chrome App. It works offline, can hook up with Google Drive, and offers a smashing assortment of photos filters, text tools and visual effects, plus granular controls over common corrective adjustments.

On Android the similarly named Pixlr Express provides much of the same functionality. 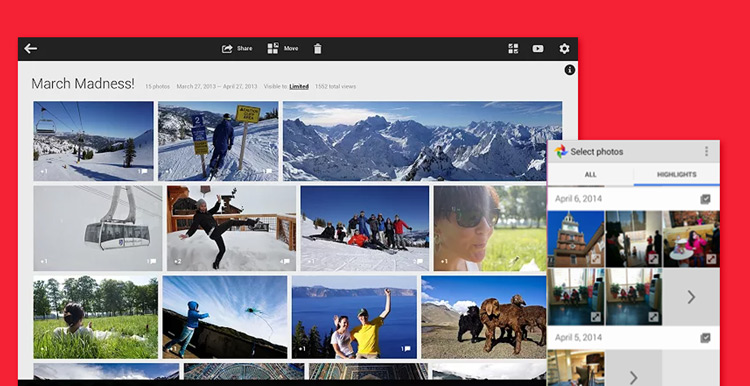 Another pair of photo tools that have a slight semantic difference.

Google+ Photos for Chrome is a nifty app that lets you configure automatic uploading of photos from an SD card to your Google+ account as well as manage, view and interact with those already there.

The mobile equivalent is bundled up as part of the Google+ Android app but can be accessed individually from the App Drawer. Again, this provides automatic photo uploading, basic management and the ability to view social interactions.

Both apps are free, though the Chrome version is only intended to run on Chrome OS. 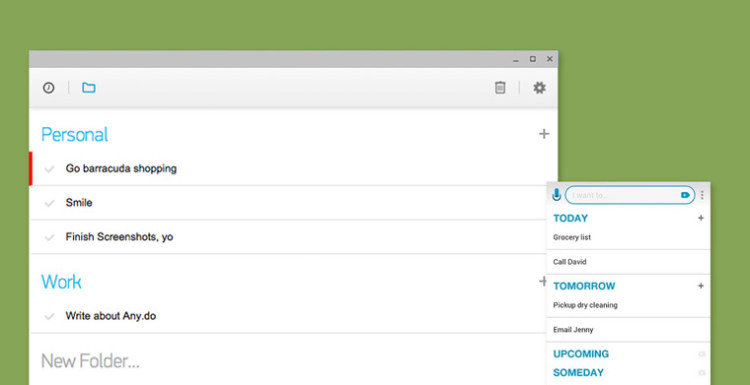 Looking for a streamlined, minimal task manager? Any.Do will fit the bill. Rather than try to help you micromanage every conceivable part of your workflow, Any.do puts the priority on prioritising tasks in a more traditional list manner.

Of course, basic management features are a must; tools for group tasks by folder, viewing them by due date and setting deadlines/reminders are on offer in both mobile and desktop versions.  Plus, regardless of platform, you get the same stark white stylish design. 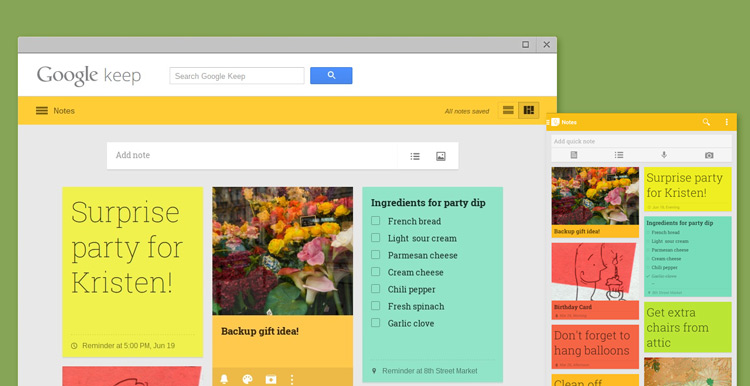 Google’s own note taking app ‘Keep’ is a colourful note board built around the ‘everything and the kitchen sink’ school of thought.

Because of this Keep lends itself well to a number of different areas: from note collection to shopping lists; from task management to mood-boarding. You can upload images, set deadlines, add locations, and colour code your way to organisational bliss. 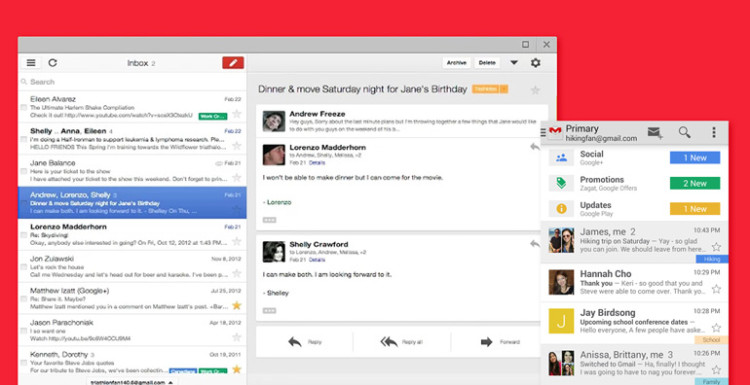 Finally, we’ll end on one that a lot of people would otherwise overlook. Android’s Gmail app is arguably one of the best ways to use the e-mail service outside of a browser, not least because you can read, reply and sort messages when offline, and have your changes ‘sync’ when you next resurface online.

The Gmail Offline Chrome App brings similar features to the regular desktop, albeit with visual differences. It’s not a true like-for-like replacement, but since both are powered by the same backend, offer the same offline/online re-syncing, and take advantage of their respective platforms, the similarities are strong enough.

Home » Android » Better Together: 10 Apps You Can Use on Android and Chrome 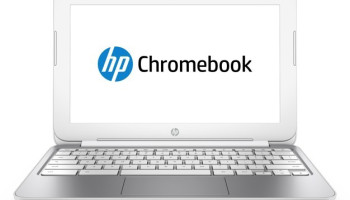 Specs for the $199 Windows “Chromebook Killer” Leak
Read Next