Google’s extensive advertising campaign billed the Chromebook as the ‘for everyone‘ computer, a device that grandpas to grandkids could all use to surf, socialise and work with ease.

But just how popular with ‘everyone’ has the cloud-centric device proven to be? Short of going out on a spotting mission I turned to Instagram. With more than 150 million users if I’m going to find ‘Chromebooks in the wild‘ anywhere, it’s there.

Below are twenty select Instagram photos of Chrome OS laptops that have been taken by regular people like you and I. These are not press shots or promotional images; nor are they sponsored or endorsed by any of the manufacturers behind the devices; they’re just everyday snaps of devices being used by folk to go about their day.

It is official: cats love Chromebooks.

As this image shows, Chrome laptops are great for listening to music. Google Play Music, Rdio and Spotify all supported, and there are several apps available for playback of local files.

Would Sheldon approve? This device is playing back an episode of the popular American sitcom ‘Big Bang Theory’ — Bazinga!

To help count the days until the release of hotly anticipated first-person shooter Titan Fall later this month, this user has tweaked the appearance of his HP Chromebook to proudly show his allegiance to the Xbox.

While the majority of the Chromebooks posted on Instagram are newer models, there are still a few snaps of the original devices to be found, such as this Samsung Series 5 which the New York’s Ace Hotel makes available to guests for free use during their stay.

This guy is off to school with his Chromebook in hand

With the biggest screen of any Chromebook, the HP 14 is a bit of a beast — but it’s also a thing of beauty as this photo shows.

Chromebooks are making huge inroads in education thanks to their low cost, net access and fantastic security. This snap shows a school class in the USA working hard on Samsung devices.

How adorable is this set-up? ‘Very,’ I hear you answer.

Bursting with both colour and pride; this Pixel is getting trampled by a bunch of perspex Androids in honour of gay pride

Despite the lengthy battery life, this traveller this users makes sure to pack all the essentials, includes his Samsung Chromebook charger

Some people love to plaster their laptop lids in stickers and decals in an attempt to add personality — a habit this Series 3 owner follows.

Hello Chromie: this Acer C7 is also covered in stickers — Hello Kitty ones!

When Google said ‘for everyone, they meant it; so easy to use even dogs can use them!

This Instagrammer, Poppiepop, kicks backs and relaxes with a martini and some Chopin playing on his Acer Chromebook.

I can almost hear jazz in the background of this shot 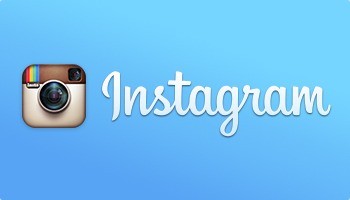