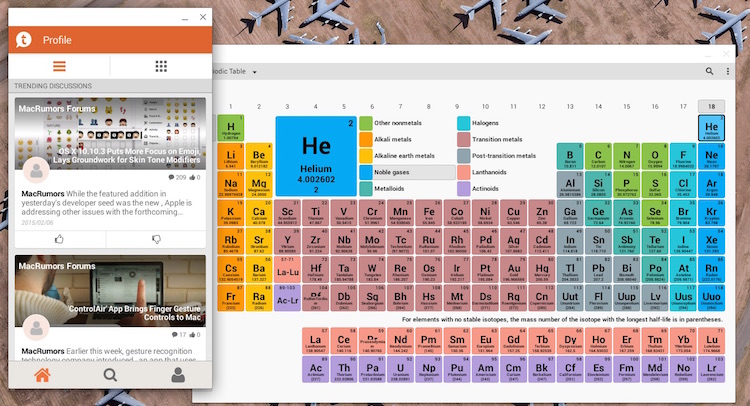 Google has announced that it’s added another six Android apps to the Chrome Web Store.

While the latest batch lacks any of the eight ‘big hitters’ recently spotted in testing by Chrome developers they’re all useful additions in their own ways, serving their own niches.

Among them you’ll find the popular presentation sharing app SlideShare, which lets you browse millions of presentations and other educational content easily, quickly and with offline capabilities.

Also sidling up is the forum app Tapatalk. This useful tool is a must-have if you like keeping on top of conversations happening across multiple forums.

They’re joined by the (in)famous single syllable chat app Yo, an interactive periodic table, and two other apps that aren’t exactly going to wow the crowds.

You’ll find these new apps alongside the other 18 Android Apps currently available for ChromeOS in the Chrome Web Store.

Don’t forget to let Google know which of your favourite Android apps you’d like them to bring to Chrome OS next.