Like the look of the new Acer Chromebook but don’t like the sound of the Nvidia Tegra K1 processor inside? Well, you’re in luck.

The Acer CB3-111 Chromebook line takes the design aesthetic of the Tegra models and condenses it down into an 11.6-inch form factor. First leaked in July, the device has been available to buy in the US from retailer Best Buy for a few weeks.

Now it’s about to hit Amazon.

Amazon US is stocking the 11.6-inch Bay Trail-based Chromebook at $199 (though currently “out of stock”).

Price-wise this pits the CB3 (as it’s technically known) against other entry-level 11-inch Chromebooks, like the Acer C720 (Haswell, $199) and the ageing Samsung Chromebook (Exynos 5, $189).

Not surprisingly given the RRP, the specifications are suitably modest:

Let’s be clear here: whether you’re choosing this over the “older” C720 or the newer Tegra models, you’re making a trade-off.

The “Bay Trail” CPU of this model is less powerful than the Intel Haswell processor used inside the C720 (and ilk), despite the higher clock speed, and is paired with a weaker GPU. The bonus to this is, on paper, better power efficiency and a fanless-design.

And about that design: it’s not a 1:1 likeness with the Tegra model, either. With around 2-inches less room to pack everything into, some of the svelteness and tapering of the 13.3-inch model is lost. The result doesn’t look too bad based on the product press shots, but is noticeably ‘boxier’ looking.

Lastly, the Bay Trail chip may be more performant than the Nvidia Tegra K1 overall, but it’s not as power efficient. The latter can achieve up to 13 hours on a single charge, while the former will see you good for around 8 hours or so.

Options are options, and while few have been crying out for yet more 11.6-inch Chromebooks — a segment an Acer rep told us isn’t driving growth — this model isn’t a bad deal overall.

If you’re interested you can bandy on over to Amazon to check it out. Although not in stock you can sign up to be notified by e-mail the very moment it is. 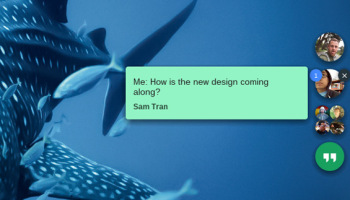