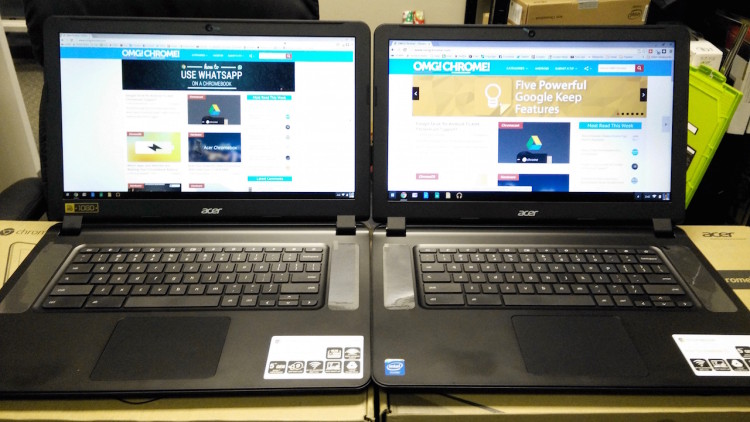 Compared to eleven other Chromebooks the Acer C740 made clear strides over Haswell and Bay Trail based devices.

But can the new 15.6-inch Acer Chromebook, which also uses the same Intel Celeron (Broadwell) 3205U processor, keep pace?

Chris Elkendier from Technology Resource Advisors has spent his weekend benchmarking both the 720p and 1080p versions of the Acer C910 device (also known as the CB15) and passed the results over to us to share with you.

What did he find? Well, unsurprisingly, the Acer C910 is shown to perform above other Chromebooks thanks to its nippy Broadwell processor, though does registers a few clips beneath its smaller 11.6-inch sibling (but not to any noticeable extent).

Since both the 1080p and 720p version performed identically they are not listed separately in the following graph.

Chris also shared his initial impressions on the device in an e-mail, describing it as ‘bigger in size, weight and girth’ than the HP Chromebook 14, hitherto the largest Chromebook.

He also touched on the differences in the resolution options offered by Acer.

“These Chromebooks are BIG. It is like using an old HP ProBook. There is no doubt in my mind that I would have to have the 1080p version. The 720p is workable…but on a screen that big the 1080p makes all the difference in the world. The resolution, the color range… in a 15-inch screen these are needed.”

The Acer Chromebook 15 has already gone on pre-order in the UK from Amazon and in the US from select online electronics retailers.

Acer plans to make the device available in a range of models, including a full-HD version with an IPS display and a base model with 720p resolution and a standard LCD screen. 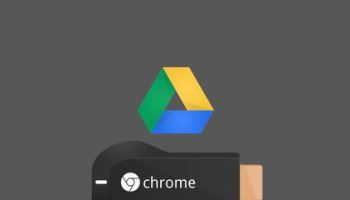 Google Drive for Android To Add Chromecast Support?
Read Next