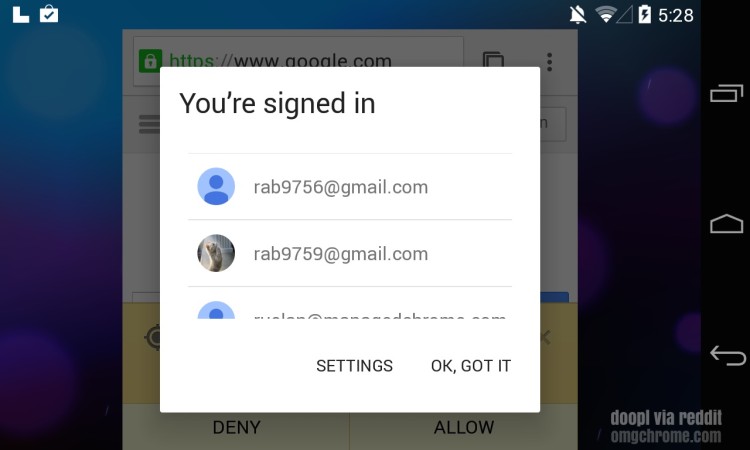 A pair of screenshots alleged to be taken from Android ‘L’, the next major release of Google’s mobile operating system, have surfaced online.

The images, which were attached to a bug report on the Chromium issue tracker, show a Google login dialog box that’s noticeably different from the current implementation on Android 4.4 KitKat or earlier.

Further still, the layering of the dialog over Chrome, as well as the framing around the browser, are similar to the carded interface seen in leaked shots of ‘Project Hera‘ — a purported new interaction layer bridging mobile and web.

Putting the new sign-in flow to one side, a quick glance at the app underneath reveals a number of key visual differences compared to current, public builds of Chrome and the Android system it runs on. 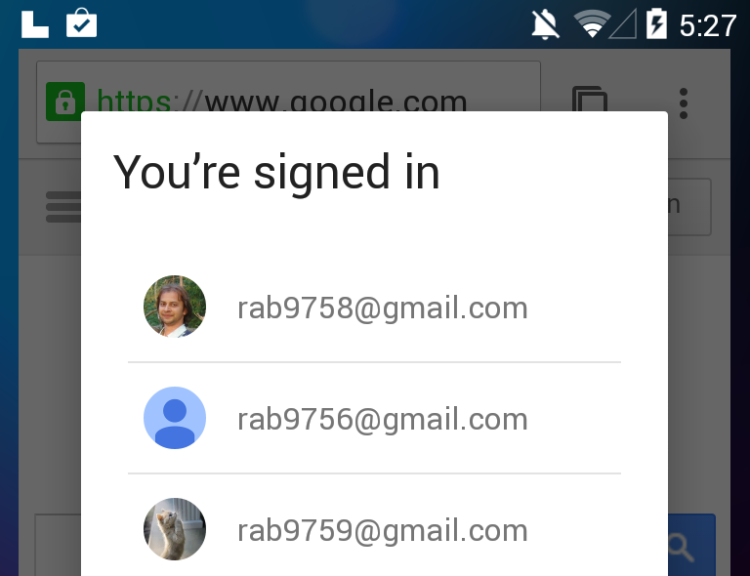 The screenshots were attached to a bug on the Chromium tracker that was publicly viewable. After being highlighted on Reddit by savvy user Doopl Google ‘restricted’ access to internal Google developers only.

But the images were accessible for long enough to be noticed. Reddit user Doopl uploaded copies of the images to Imgur, noting:

He’s certainly not mistaken. Chrome does look different in both the ‘L’ images (above) and a number of tablet screenshots also attached to the bug report. 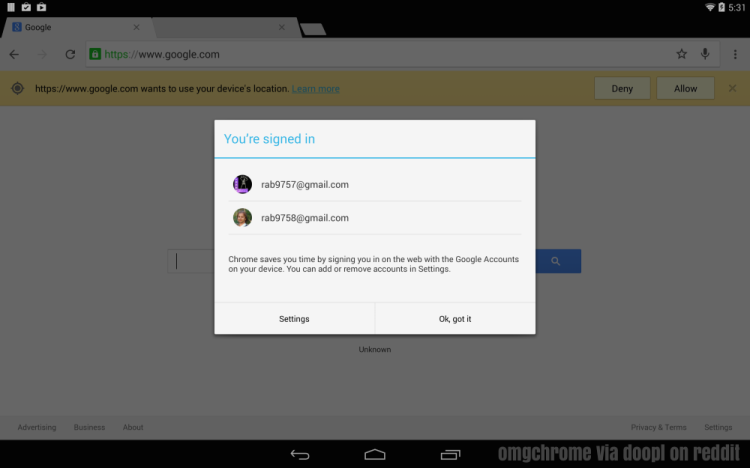 The tab shape, colour and toolbar iconography are all thinner, flatter and more angular than the current versions of Chrome on Android.

In the images assumed to be from Android ‘L’ (an assumption based on the appearance of the ‘L’ in the status bar) a notification bell item is also prominently displayed.

Does this mean that the Chrome notification centre is getting an Android counterpart? How does this fit in with rumours of a revamped app workflow for Android? Could such a workflow extend to Chrome OS as part of Project Athena?

For now all we have is speculation. But with Google I/O now virtually upon us, we may not have to wait too long to find out more…