Amongst the slew of Android and Nexus 5 announcements last week was the introduction of a Chromium-based WebView for Android 4.4 KitKat. Moving the WebView to a Chromium codebase means native Android apps can start using HTML5 APIs and other features that have yet to make it into Android’s old WebView – including WebRTC, Web Audio, and form validation.

What wasn’t clear was how Google intended on updating the WebView into the future. The WebView FAQ notes that updates to the Chromium-based WebView would still be “tied to releases of the Android platform for the time being” but left the question of what would happen beyond that time unanswered.

With their post on Google+, the Chrome team have signalled their intention to work on the issue, possibly auto-updating the WebView in the same way “evergreen” browsers like Chrome and Firefox already do. But there remains a number of issues in the way.

“There are large engineering and logistical challenges”

First and foremost is the issue of platform dependency. Paul Kinlan from Google mentioned in the original announcement post that the they could not backport the WebView to older versions of Android to simply “swap it out” for a new version. Thus, even KitKat’s Chromium-based WebView can only be updated alongside Android releases.

One way around this is to package an up-to-date WebView separately. A number of open source projects have already attempted to do this with varying degrees of success. Moreover, since Chrome supports Android versions from 4.0 and up, Google could hypothetically add a separately packaged WebView to the support libraries and bring new HTML5 APIs and more efficient rendering to a number of older devices as well.

This may not be a strategic solution for the Android and Chrome teams or the best solution for a codebase that moves as quickly as Chromium’s, but one is needed lest it be another victim of fragmentation. Regardless, the solution sounds far off in the distance and we may very well see several major Android versions come and go before all the technical challenges in the way are finally resolved.

Home » News » Android WebView to Auto-Update in the Future 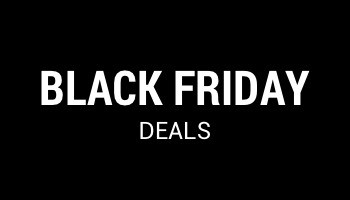