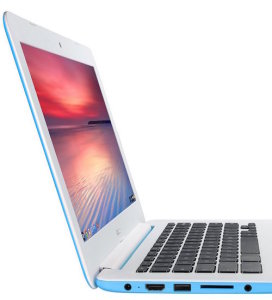 If you’ve been holding out for a colorful ASUS C300 Chromebook to hit the states, your patience will shortly be rewarded.

Amazon US is taking pre-orders for two of the three color variants, blue and red, with an anticipated release date of November 22, 2014.

It was back in May that we first showed you the vivid color accents ASUS had planned. Six months on and we’re only just beginning to see the devices eke out to brighten up the market, with Australia being the first to put them on sale.

As of this week US buyers can place a pre-order for the 2GB C300 in either blue or red (yellow still missing in action).

Personality aside, the hardware on offer remains largely consistent with that found in the regular black version that went on sale back in the summer.

I expect we’ll see a 4GB RAM model with double the storage arrive in due course. It remains to be seen if the quad-core Intel Celeron N2930 model (with a mobile SIM tray) will also touch down in the land of the free.

Pricing for the C300s remains on the dot with the less colorful model (and the 11.6-inch C200) at just $249. Expect to see that slip a little as we head into the holiday season.

Want in? Mosey on over to Amazon. Global shipping is not, as of writing, offered on this model — so Brits, hold tight! 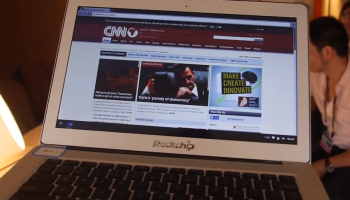