This year has seen the Chromebook go from being a nascent curiosity of the geek elite to a best-selling mainstream device synonymous with accessible, safe and secure web browsing.

Updates to the Chrome OS powering the devices has seen a move towards a more traditional computing experience, with a new app launcher, notification centre and, most notably, the arrival of near-native “Chrome Apps”. With all of this in the mix the future of Chromebooks looks bright.

And despite some late autumn sales figures showing lacklustre movement of non-Samsung Chromebooks more companies, including Dell and ASUS, are set to join the Chromebook bandwagon in 2014 thanks to fantastic growth over the rest of the year.

In this post we take a quick look at the 3 Chrome OS devices released this year that we thought stood out amongst the rest. 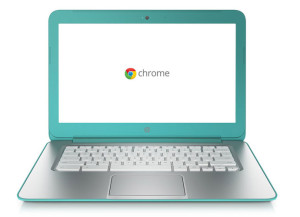 HP’s 11-inch Chromebook may have fallen foul of acceptable product standards (resulting in a product recall) but its bigger brother was a hit from the start.

Available in a range of colours, and sporting some powerful innards, HP’s latest 14-inch Chromebook was priced to sell at $299. With additional models rumoured to be on the way – possibly including one with a backlit keyboard – the HP Chromebook 14 will remain a solid buy for many months to come. 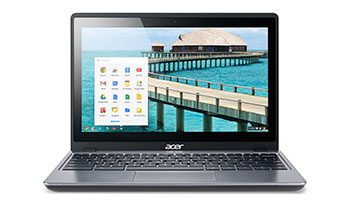 Acer seemed keen to please everybody with their latest model. The C720 is available in a confusing choice of sub-models, each with just one or two minor upgrades to the base version that shipped with a Haswell CPU, 2GB RAM and a 16GB SSD.

The latest (and arguably most tempting) variant to be added to the C720 family is the C720P – which features the same specs as the base model but adds in a finger-friendly touchscreen.

Minor differences aside it was the $199 base version that proved most popular, becoming one of Amazon.com’s biggest sellers over the Xmas period. 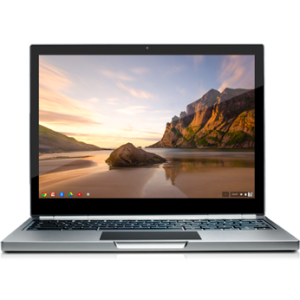 Google’s Chromebook Pixel arrived early on in the year to much acclaim. Powered by a powerful Intel i5 CPU, 4GB RAM and as much as 64GB of SSD storage the Pixel was every Chromebook users’ dream device.

Sadly, thanks in part to the materials, high-end parts and super hi-density touchscreen, it was priced out of the reach of most users. But then it wasn’t ever aimed at Joe Public as much as developers looking for a powerful-yet-portable cloud computing machine.

Also released this year was the HP Chromebook Pavilion 14; a number of revised versions of 2012’s Acer C7; and a education-only Lenovo Thinkpad Chromebook.