Bigger data savings are the way for users of Google Chrome and, potentially, other browsers too.

HTTP compression is used by most web servers and web browsers to improve the transfer speed of core page assets like HTML, CSS and Javascript, helping to save on bandwidth.

Brotli can reduce the size of these assets, which in turn makes them transfer quicker. Net result: faster web.

Brotli Is Ready to Br-eak Out

The byte-crunching feature is nearing arrival in Google Chrome, says Google’s Ilya Grigori on Google+.  The search giant is about almost ready to make Brotli “available as a Content-Encoding method, advertised via Accept-Encoding; br”.

Unlike the Google data saver extension launched last year Brotli works behind the scenes and not as a proxy. It currently only works over HTTPS connections, and only where web developers are supporting it (Google Web Fonts already does, for example).

Developer interest in the new format is said to be high, with ‘CDN vendors, tier1 web properties, third parties, and NGINX modules’ all cited by Google.

Brotli is as much 26% better at overall compression over Zopfli, the name of the incumbent algorithm used by Chrome. Brotli currently only works on HTTPS connections but outperforms gzip for html, javascript and css payloads by as much as 25%.

For desktop users that increase will translate into faster page loads. Mobile users with data plans or data caps will also save data, battery life and, potentially, money.

If you’re running Google Chrome on beta, dev or canary channels on any platform, including Android and Linux, you can opt-in to the Brotli demo early by visiting:

Be aware that while the compression algorithm is designed for HTTP content encoding it currently only works over HTTPS.

Google hopes that other major browsers will join it and Mozilla in adopting the efficient format, reasoning: “[…] the smaller compressed size would give additional benefits to mobile users, such as lower data transfer fees and reduced battery use.” 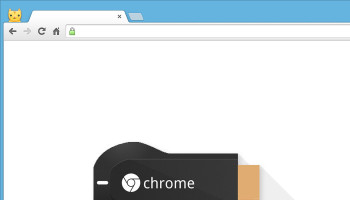 How To Enable Native Cast Support in Google Chrome
Read Next