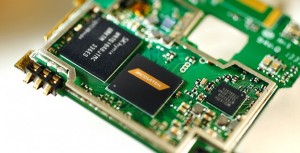 Could a new, dirt cheap ARM-powered Chromebook be in development? Based on a recent code drop to Chromium, it may just be.

Taiwanese semiconductor company MediaTek has recently pushed a batch of code for a development board named ‘Moose’ to the open-source base of Chrome OS.

‘Moose’ is based on MediaTek’s cheap, low-power and low-performance ‘MT8127’ processor. This is a quad-core ARM Cortex A7 chip running at 1.5GHz and paired with quad-core Mali-450 graphics, built-in Bluetooth 4.0, Wi-Fi, FM receiver and GPS.

MediaTek say the chip has been designed for ‘Super-Midrange’ Android tablets.

Against the typical Celeron processors found in most Chromebooks a Cortex A7 processor would deliver incredibly poor performance. It would even struggle against the sluggish Cortex A15 Samsung Exynos chip found in the first generation Samsung and HP 11 Chromebooks.

But what it does have up its sleeve is price.

MediaTek’s SoC hardware is used by some of the most popular Android handsets and tablets in China, and is fast gaining traction in other emerging markets — territories where it is already said to power more than 50% of low-end and mid-end devices, including in the ASUS MeMo Pad HD 7 and Lenovo IdeaTab tablets.

Committing code isn’t anything other than proof of experimentation. MediaTek hasn’t breathed a word on its plans, and it may sometime before concrete information on the why and when is formally revealed.

That said, MediaTek is not the only ARM chip vendor to have recently pushed hardware to the Chromium source code. Last month saw its industry competitor RockChip demo a prototype Chromebook running on their RK3288 ARM Cortex A17 CPU.

With Chrome OS yet to truly target the emerging markets, a cheap, low-end entry model utilising a low-end and low-cost MT8127 could do for the Chromebook what similar chips have done for Android.

Home » Hardware » Is a Dirt Cheap MediaTek Chromebook on the Way? 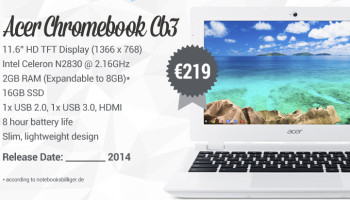