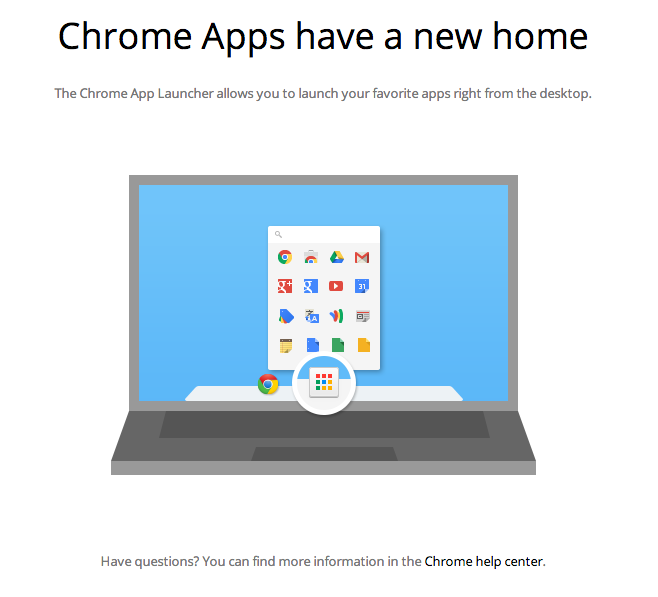 Mac users on the Google Chrome Dev Channel are now able to download and enable the Chrome App Launcher.

The feature, which was rolled out to Windows users earlier this year, gives instant access to installed web apps, shortcuts, bookmarks and search results without the need to open Chrome itself.

Chrome’s App Launcher works on Windows and Mac in much the same way as it down on Chrome OS.

You get a small, square icon that, when clicked, reveals a grid of app icons and a search box.

Application icons badged with a small arrow icon are ‘traditional’ web apps/shortcuts that open in a new tab. Apps without this are newer ‘Packaged Apps’ and open (typically) in their own window. 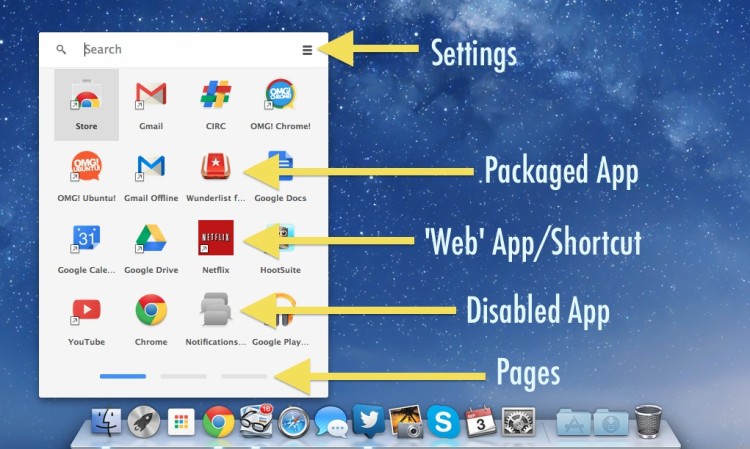 Depending on the number of apps you have installed you may see several ‘lines’ at the bottom of the App launcher box. These denote the number of pages available.

You can switch pages by clicking on one of these lines or by swiping with two fingers on your trackpad.

Right-click/two-finger tap on an app icon and you can perform one of several options, including specifying whether an app opens as a regular tab, a pinned tab, or full-screen.

You can also choose to view the selected item in the Chrome Web Store, or uninstall straight from the App Launcher.

The search box does more than just search through apps you have installed. It’s able to sift through your bookmarks, fetch results from Google and show the ‘top hit’ for your term from the Chrome Web Store. 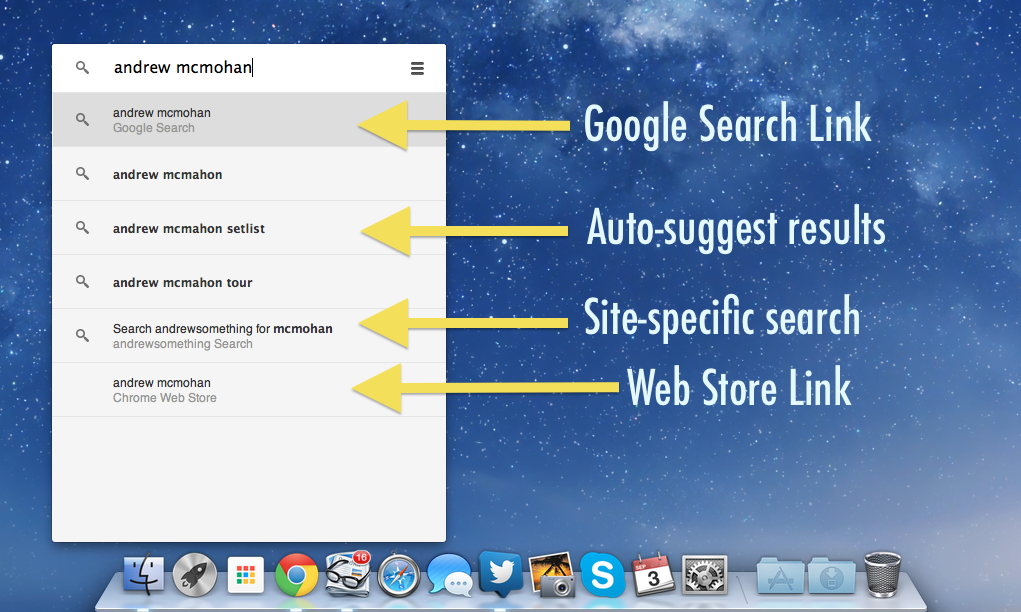 Turn On the Chrome App Launcher

As mentioned at the outset of this article: you need to be on the Chrome Dev Channel in order to be able to enable and use the app launcher.

Assuming you’re signed in with a Google account, all you need to do is hit the button below to enable the feature.

A few things worth noting:

Stable users clicking on the button below will find themselves redirected to the webstore.