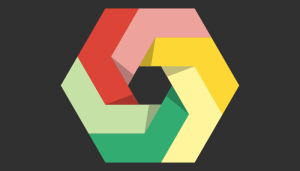 The Chrome Dev Editor (formerly known as Spark) has hit the Chrome Web Store as a developer preview.

Last year we profiled a few of the editors available in the Chrome Web Store, including a fledgling Google project called Spark. It looked…rough to say the least, but a few months of development and a name change later and the developers have made good on a lot of promises.

The Chrome Dev Editor is built with Polymer and Dart, making it the perfect learning experience for those looking to leverage either of the projects in their own work or for those looking for a cross-platform development environment on their desktops and Chrome OS.

The editor has a number of templates to get you started, including web apps built in Dart or JavaScript and Chrome Apps. Backed by the Ace editor you’ll get a rich editing experience with syntax highlighting for your favourite (and obscure) languages, code folding, autoindent, and a bevy of other features.

The Chrome Dev Editor also features Git support – a necessity for Chrome OS users who don’t want to drop into developer mode. Cloning, branch switching, committing, and pushing are all supported. Modified files are marked in blue in the tab bar and sidebar to make it easier to find your changes.

The editor also supports Markdown previews, Bower package installation/updating, and deploying directly to an Android device or publishing to the Chrome Web Store when working on a Chrome App.

But the most impressive feature to come along since our first look at the Chrome Dev Editor in November of 2013 is the Dart support. And not just editing Dart, but compiling Dart too – even on Chrome OS!

What’s more, syntax errors are shown right in the editor for easy debugging and a file structure sidebar brings quick navigation to large Dart files. When previewing Dart projects in a browser, refreshing the page will trigger recompilation on the fly.

Admittedly, compiling a single Dart file is slower than molasses at the top of Mount Kilimanjaro on my first-generation ARM Samsung Chromebook, but the fact that you can now write and run your Dart code in Chrome OS is a pretty fantastic feat.

With more Core i3, i5, and i7-based Chrome OS devices coming out, slow compilation won’t be much of an issue anymore. While more complicated builds (especially those backed by build tools like Gradle, Grunt, or Gulp) will still need a desktop or a Chromebook in developer mode, it’s a gigantic leap in supporting more than basic editing across all of Chrome’s supported platforms.

Even an i7-toting Chromebox or Pixel 2 probably won’t see local Android development in Chrome OS anytime soon, but having editors that include what seemed like a mere pipe dream six months ago is a heck of a good sign for whatever is on the way down the road.

The Chrome Dev Editor is currently in developer preview and is available on the Chrome Web Store. The editor is also open sourced under the BSD 3-clause license and can be found on GitHub.

Get the Chrome Dev Editor 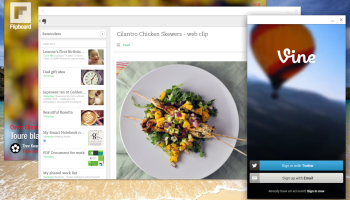