Chrome for Mac has begun to address its long documented performance and battery issues.

The  release of Google Chrome 46 on the Canary channel brings a number of sorely needed battery boosting power fixes to users of OS X.

But just how good are the changes?

Owen  Williams of The Next Web sets the anticipation level, stating that a week of using the latest dev version of Chrome for Mac has left him “blown away”.

“Memory consumption seems to have halved, groggy slow tabs are snappier than ever and my battery life isn’t shamefully bad anymore,” Williams writes, noting that his MacBook’s fans are no longer blowing a gale, either.

But is Williams’ enthusiasm the anecdotal side effect of having not used Chrome regularly for a while? Or do measurable changes exists within the latest Canary builds really result in such a dramatic difference?

Thankfully it is the latter.

As we’ve reported regularly this past year, the Chrome team is working to improve the browser’s performance and memory management. It even plans to tackle the performance hit of extensions.

And Alex Russell, a Chrome engineer, tweets that specific patches for Mac users are in play in the most bleeding-edge versions (changes which have since part-filtered into Dev channel builds).

Chrome 46 is going to be AMAZING. Battery & memory use improvements you can *feel*. Mac uses: give today's Canary a try. ZOMG good.

Russell calls out “memory improvements are everywhere“, notes that the “Mac graphics stack power is hugely improved” and says that “power is better on every platform.”

Although Google Chrome may not be able to match Apple’s Safari in outright performance — we all remember those scary benchmarks from earlier this year — the latest builds of Chrome for Mac certainly put it back in contention.

As Alex Russell wryly points out: “[Chrome gets] better every 6 weeks”.

Interested in taking Chrome Canary for Mac for a spin? You can do so easily, and it won’t replace your existing Chrome installation.

Do bear in mind that the Canary channel is bleeding edge and prone to bugs, breakage and regressions.

Home » Google Chrome » Chrome for Mac Is Finally Getting Better 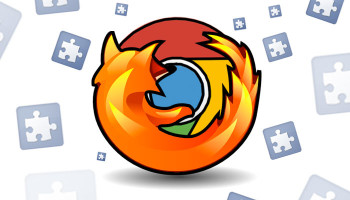 Firefox Is Going To Support Chrome Extensions
Read Next