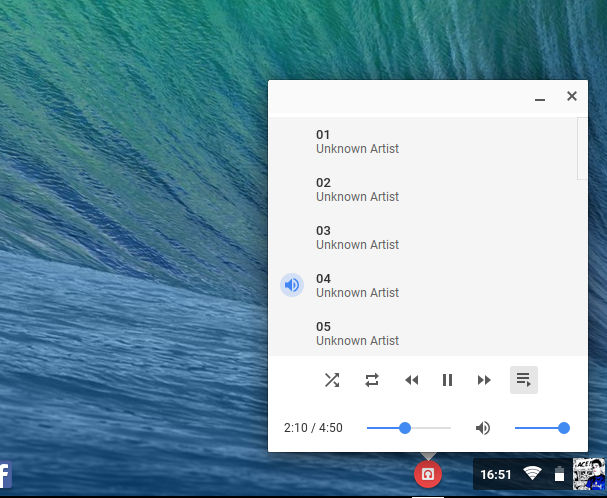 The music app, which opens when double-clicking an audio file in the file manager, has been restyled using Google’s universal ‘Material Design’ language and Polymer web components.

At first glance you may think that not a lot has changed — and in many ways it hasn’t. The audio player is supposed to be simple and basic affair; its job is to open and play audio files, not manage a library of them.

But while some may be disappointed to hear that the audio player isn’t evolving Pokemon style into bigger, badder and more beastly app, the update sees the player do what it’s always done – just with greater finesse.

An example of this refinement is the new volume slider. It used to hide behind an icon, appearing in a pop-up dialog. In the new version the volume slider is always on show. You click the volume button in the new audio player to toggle mute on and off.

Tweaks to the playlist (which appears when several audio tracks are queued) includes a new ‘status’ column on the left hand side to denote which track is currently playing, a subtle change to the background colour, and use of the Roboto font.

Hovering over a track in the playlist reveals a new play button. Clicking on this button (rather than the track itself) will instantly trigger playback of the track.

Scrubbing the progress slider backwards or forwards will temporarily pause playback until the slider button is released. This brings the audio player behaviour in line with the Chrome OS video app.

Other changes to the audio player include:

Get a Sneak Peek At More Material Design Changes

Chrome OS received a material redesign of the video player last year and the browser added a revamped Downloads page. Work on a new look Chrome browser toolbar and tab-strip (for Windows, Linux and Chrome OS) is currently in progress.

Work on material redesigns of the ‘History‘ and ‘Extensions‘ pages are underway. Though these are far from complete you can, if you want a sneak peek, opt-in to test these.

By enabling the following flags in the latest development channel releases of Chrome OS and Chrome for desktop:

Do you like the new look audio player? What features do you think Google should add to it? Let us know in the space below.

(H/t to reader Hardik for tip on the new flags) 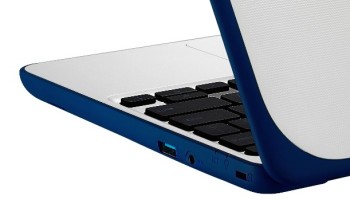