The beta channel of Google Chrome OS have been updated with some neat new features.

Amongst the usual glut of performance and security fixes, comes a new mousepad gesture for switching between tabs called ‘Tab Scrubb’.

To try it out on Beta (or Dev, since it’s already there) make sure you have more than one tab open (the more the better for demonstration purposes). With three fingers on the trackpad swipe either left or right. The focused tab will change as you swipe, with the a subtle light effect appearing over the tabs to indicate that they’re being ‘scrubbed’.

The file manager sidebar changes that arrived in the Dev channel a few weeks back now filter on down to Beta. Key changes: sub-folder navigation and new icons. 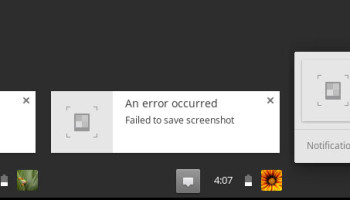