Chrome OS is to experiment with a new ‘always maximised mode’ for applications and browser windows.

Initial support for the feature arrived in a recent commit to Chromium, where it was described as being in a ‘preview’ state.

When enabled from the system tray all applications, browsers and tabs are fullscreen by default. Applications that are fixed-sized and those that do not support being maximised, are centred in the middle of the screen over a ‘layer’. Popups and other system dialogs are handled in the same way.

Preview or not, the feature appears to be part of a larger effort aimed at tailoring Chrome OS to better suit touchscreen – specifically tablet – form factors.

Labelled with the ‘touch view’ tag the feature is linked to a series of other changes, including the addition of support for screen rotation detection and locking, and an option allowing applications to be closed from the overview mode.

‘Always Maximised Mode’ is currently described as a ‘preview’ by developers and is not enabled by default.

Google experiment all the time with feature changes and UI tweaks in Chrome, so the arrival of this specific option shouldn’t be taken as promise of…well, anything!

But it does seem to tie in to another recent experiment of note: a wider Chrome App Launcher centred in the middle of the screen. 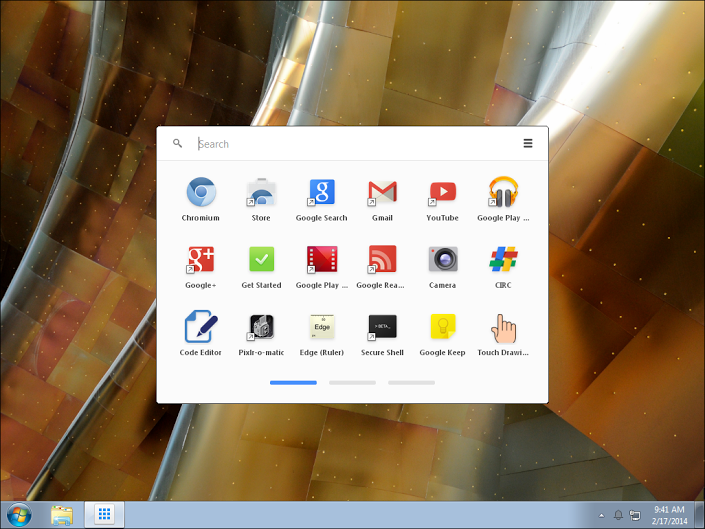 While this is touted as likely default behaviour on Linux, where the variety of desktop environments makes the precise positioning of the grid more difficult to predict, it doesn’t seem like an ideal solution on other desktops.

On Windows, Mac and (non-touch) Chrome OS a centred app list would require a lot of travel: one would click the app launcher icon at the bottom the of the screen only to then require mousing up to the middle of the screen to open an app. On large screens and HiDPI displays this would get really annoying, really fast.

We’ll be keeping an eye on Touch View related changes, and will bring you word of anything we hear as soon as we hear it.