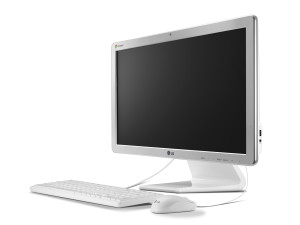 Digitimes, the oracle of technology future, has spoken: more all-in-one Chrome OS PCs are on the way, this time from Samsung and HP.

Admittedly, the site has a sort of ‘throw everything we hear in the air and hope some of it sticks’ approach to reporting, but their latest prediction is based on tidbits thrown their way from ‘industry sources’ and ‘supply chain contacts’ near China. They’re passing on what they claim to hear; no harm in that.

Specifically, the site say they’ve heard from sources that:

In addition, Hewlett Packard (HP) will also launch their own model, likely based off an existing Pavilion/Touchsmart model.

If true, the companies would be following in the footsteps of LG who launched an all-in-one Chrome OS PC, ‘Chromebase’, earlier this year.

But is it likely? Chromebooks continue to fly off the shelves in consumer, education and enterprise sectors thanks to their low price, capable hardware and robust security. The new ASUS Chromebox has sold out on Amazon US, proving that the appetite for a conventional PC running the OS and pitched at the right price is there.

Samsung and HP would do well to be canny here; the LG Chromebase is a nice bit of kit but it is overpriced for what it offers.

“In the US education market…the market share for Microsoft Windows in the K12 sector has dropped from about 50% to below 30%, while that for Chrome OS has risen from below 5% to nearly 20%…because Chrome OS is cheaper and ships faster.”

The latter reason could be one of catalysts behind the purported free version of Windows, ‘Windows 8.1 with Bing’, that’s on the horizon. This initiative will, it’s claimed, be offered to PC makers for free or at a reduced licensing cost to boost adoption. It’s also been mooted that users may be offered it as a free upgrade, too.

Samsung, HP all-in-one PCs: would you buy them? 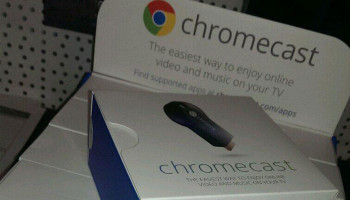 Proof That UK Chromecast Launch Is Imminent (Updated)
Read Next