We’ll keep this one brief: the wallpaper picker app in Chrome OS will shortly gain a new Material Design icon.

The new icon, which can be seen to the right, uses the default blue colour of Chrome OS’s other system icons and is visually in keeping with other recently redesigned icons, like the File Manager.

Since undergoing a redesign last year, the Chrome OS Wallpaper Picker — which can be opened by right clicking on the app shelf or ‘desktop’ and choosing ‘Change Background…’  — has used a turquoise coloured rectangular icon with embossed edge and a cloud motif.

While not a bad icon per se, the cloud motif certainly finding a purpose since the introduction of wallpaper sync across devices, it does look out of place in the App Shelf when alongside other Chrome OS apps, most of which are designed to fit a square. 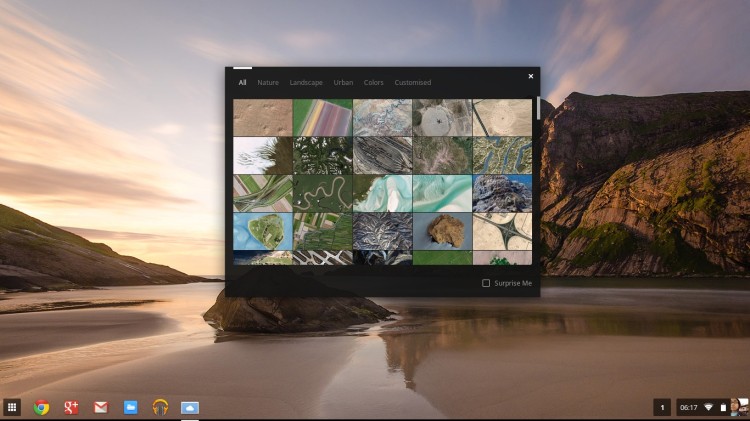 Chromium developers had planned to fix this (admittedly minor) visual paper cut since 2014, but getting a fix together just seemed to…not happen.

That was until this month. An all new icon has been committed to the Chromium codebase that makes up Chrome OS and should appear in the next developer channel release. Stable channel users may need to wait a while longer before it filters down to their desktops.