Chrome OS will be pining for the fjords* in due course according to the Wall Street Journal.

And by ‘will be’ we of course mean Google has been working on merging Android and Chrome OS for “roughly two years” and plans to have a unified operating system by 2017. You won’t have to wait quite as long to see what they’ve been up to. The Wall Street Journal also reports that we’ll be seeing their progress some time next year.

This isn’t exactly earth-shattering news given Google CEO Sundar Pichai headed up both Android and Chrome development way back in 2013, saying as recently as last year that convergence of the platforms would happen “organically“. Perhaps even more telling in hindsight was Hiroshi Lockheimer putting on both Android and Chrome OS hats last October.

But it doesn’t have to be all doom and gloom until 2017. After all, the thing that started it all – the Chrome browser – is going strong and a new Chromecast was just released. A world of Androidbooks and Android Pixels isn’t necessarily a bad thing, especially if, as Ars Technica points out, we see big gains on the other side like a robust update mechanism for Android.

Whether the ease, simplicity and user experience of Chrome OS survives the process remains to be seen. Let’s hope it’s truly the best of both worlds.

*Update: A Google spokesperson and Hiroshi Lockheimer have chimed in that Chrome OS is not being “killed” as such and that Google remains “committed to Chrome OS”, but we’ll have to wait to see if we only have Chrome OS seeing out its last few product cycles or spinning up even more beyond 2017.

Home » Android » Chrome OS Will Be Merged Into Android 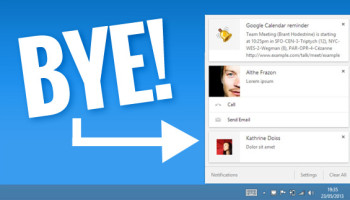