This useful iconified task bar sits at the bottom of the screen, where it’s primed to help you launch apps, manage running apps, and provide a home for the app launcher and system tray applet.

A brand new Chromebook only shows a few select apps on the shelf by default, including launchers for Google Chrome (obviously), Files (the file manager app) and the Settings utility.

But you can also pin apps to the Chrome OS shelf for faster access — which is what this week’s Ask the Readers is all about.

What’s Pinned on Your App Shelf?

I love discovering how people use the same tech I do, be it the latest Ubuntu release, iPad, or, in this case, Chromebook.

Me? I keep my Chrome OS app shelf fairly well maintained. Only apps I use the most frequently are pinned, with the apps-i–use-multiple-times-a-day on the left hand side, including Files, GMail and YouTube.

Tell me about your shelf!

I’d love to know how many apps you pin to your shelf, on your Chrome OS device (be it a Chromebook, Chromebox, Chromebit or Chrome OS tablet), and whether there’s any particular “logic” to what’s pinned and where.

Perhaps you keep lots of apps pinned to the bar at the bottom? Then again, are you like me: picky about the software that appears front and centre, there on the Chrome OS app shelf?

Share your app pinning preferences in the comments below!
Opinion app shelf

Home » Opinion » How Many Apps Do You Pin to Your Chromebook’s Taskbar? 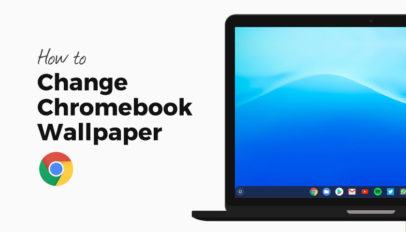 How to Change Wallpaper on Your Chromebook
Read Next