The US Chrome community has reacted angrily to news that Verizon has axed its free, two-year data plan for Chromebook Pixel LTE model owners.

Early purchasers of the $1449 LTE Pixel were promised a free monthly data allowance of 100MB from Verizon for  24 months — a deal that the telecoms company has now reneged on. Those eligible for the offer have found their accounts disconnected after just a year.

While the amount of data touted as a tempter to buyers is barely enough to cover a few days of solid web browsing, Verizon’s pledge of two years should mean just that: two years.

Computerworld’s JR Raphael, an owner of an LTE-equipped Pixel, was among those affected by the premature axing of the deal, explaining that while users can continue to pay for data, the free allowance has “ mysteriously vanished just one year into the promised two-year period.”

After contacting Verizon for an explanation as to why his data plan had been disconnected, Raphael reports that he was told that, as far as they are concerned, plans were valid for one year only.

So who’s correct? Google’s original Play Store listing or Verizon’s customer reps? With neither company yet to formally issue a statement to clarify, it’s difficult to say.

But with an American consumer law firm now investigating the issue, I don’t expect the silence will last for long…

Indeed it didn’t take long. In a response to the article that set this sorry saga off, Google says the issue is ‘outside’ of their control and appreciates that the issue has ‘inconvenienced some of our users,’. In recompense, affected Pixel owners are being offered $150 Google Play Giftcards.

Over in camp Verizon, the company says the issue is just down to crossed wires, telling Computerworld:

“We understand that some Chromebook Pixel customers may have lost their promotional data, 100MB a month for two years, early. We apologise for this and are working on a solution for those customers.” 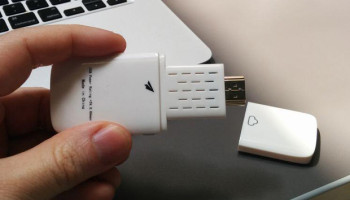 This Is Mozilla’s Answer to the Google Chromecast
Read Next