VPN services are often touted as useful tools for securing your connection when using public Wi-Fi and evading location blocks on content, but what options are available for Chromebook owners?

Browsing around the web, you’ll find that virtual private networks (VPNs) are often discussed as a bullet-proof solution to a variety of issues that the typical web user may face.

The concept is rather simple; when using a VPN you are connecting to someone else’s servers first, and then allowing those servers to forward you on to the open Internet.

If the VPN is located in another country, this can work to effectively spoof your location. In most cases your connection to the VPN service is also encrypted, protecting you from fellow users of an open Wi-Fi network. Many businesses now require  employees to use VPNs to access company servers, especially if the worker is traveling or working from home.

The Status of VPNs on Chrome OS 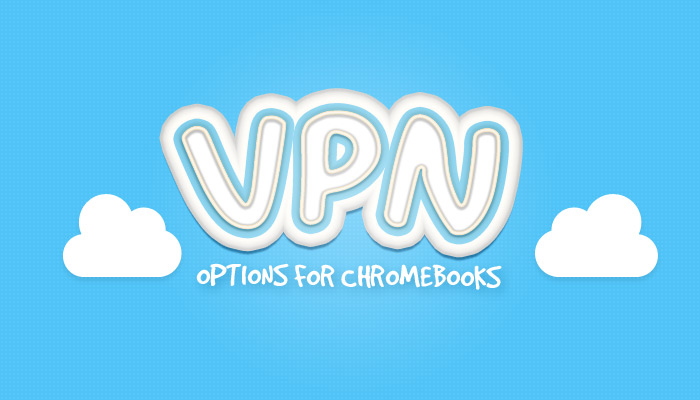 Chrome OS has built-in support for some types of VPNs, specifically L2TP over IPsec (both using PSK or certification-based authentication), as well as OpenVPN.

‘Chrome OS has built-in support for some VPNs – just not the most popular ones.’

Unfortunately, Chrome OS lacks support for PPTP, which is one of the more popular configuration options.

No matter which type of VPN you decide to use it is the initial setup that can be a problem. A savvy user familiar with VPNs can manually add their connection type, but others are left confused by the setup process.

With the recent introduction of the chrome.vpnProvider API, which will allow apps to create configurations automatically, this is set to change.

But until VPN apps begin making use of the API more streamlined solutions are needed.

Thankfully the development community has spotted the demand for drop-dead easy solutions and are making extensions that can quickly activate VPN-like functionality. This speed and simplicity does come with a cost – it isn’t true VPN connection. Instead, the services we feature below all make use of the built-in web proxy functionality.

Web proxy connections are different from VPNs because a secure connection isn’t established each time, but rather the extension simply instructs Chrome OS to begin sending traffic through the proxy once enabled.

In most cases users won’t notice any ill affects of this alternative strategy, but we urge anyone curious about the differences to spend the time learning the benefits of each before committing.

There is no shortage of companies offering single-click extensions that make use of the web proxy functionality. Almost all services offer limited free tier (though as was recently discovered, sometimes free service comes with a catch; see closing paragraph).

TunnelBear is an established VPN services company based in Toronto, Canada that has been in business since 2011.

If you can bear their inclination for making puns, you will find that they offer easy to use apps for Windows, Mac, Android, iOS, and most recently, Chrome browser.

Free accounts offer a limited 500MB of data per month, though you can claim an extra free 1GB of data by taking part in their ongoing Twitter promotion. Paid plans start at $4.99 per month or $49.99 per year for unlimited data on 3 devices, and yes, Bitcoin is accepted.

TunnelBear offers a wide variety of server locations, including the US, UK, Canada, Germany, Japan, Australia, France, Italy, Netherlands, Sweden, Switzerland, Ireland, Spain, and Singapore, all available to all users regardless of free or paid plan.

Zenmate is an investor-backed startup in Berlin, Germany founded in 2013. They offer apps for Windows, Mac, Android, iOS, Chrome, Firefox, and Opera. Only the mobile and browser apps are available to free users, however. The desktop apps are reserved for premium users.

Free accounts are provided unlimited service from Zenmate. Paid plans start at €8.99 per month or €77.88 annually.

Zenmate also offers multiple countries to choose from. Free users can surf as if they were located in the US, Germany, Romania, or Hong Kong. Premium users have additional access to the UK, France, Switzerland, Canada, and Singapore.

GomVPN officially launched in late 2014 and is growing fast. They are especially proud of being profitable and owning 100% of their company with no outside investor backing.

GomVPN is currently available on Android, iOS, Chrome, and Firefox.

GomVPN doesn’t currently support selecting countries from the Chrome extension.  During my testing I found that I was assigned a US IP address, which would simulate browsing the Internet as if I lived in the US.

Even though GomVPN lacks the ability to fine-tune your country preference, it is very easy to use with a single click needed to turn the functionality on or off.

A Quick Word About Trust

If you plan to take advantage of the features and benefits offered by a VPN or proxy service please be aware that by relaying your traffic through their servers, they do have the ability to monitor your traffic. Many services state openly whether or not they store traffic logs, or share their legal obligations for doing so.

Even so, you should be cautious and make sure that you trust the provider you select.

Hola Unblocker, another popular service, recently had a small privacy kerfuffle that resulted in backlash from the community. Although the CEO has responded to the allegations (and the Chrome extension remains available in the Chrome Web Store) the story serves as a good lesson on not blindly trusting a service provide — no matter how cute and cartoonish the mascots may be.

An earlier version of this article incorrectly stated that the extension was no longer available in the Chrome Web Store. While this was true during drafting (i.e., it was removed) the listing has since been restored.

stinkyjak I have the same behavior on windows 10. One of…
Stop Google Chrome from Running in the Background on Windows